In celebration of National Apprenticeship Week 2019, SIMIAN were delighted to welcome a delegation of 15 & 16 year-old would-be Scaffolders from UTC Warrington – a specialist engineering and energy college. As part of the scaffolding familiarisation session, the youngsters were given an insight into the scaffolding industry and the apprenticeship career path. The day was hosted by Isaac Morrison, CISRS Advanced Scaffolder and CISRS Scaffolding Instructor – himself a former scaffolding apprentice; and Donna Johnson, Simian’s north-west based Field Support Officer. 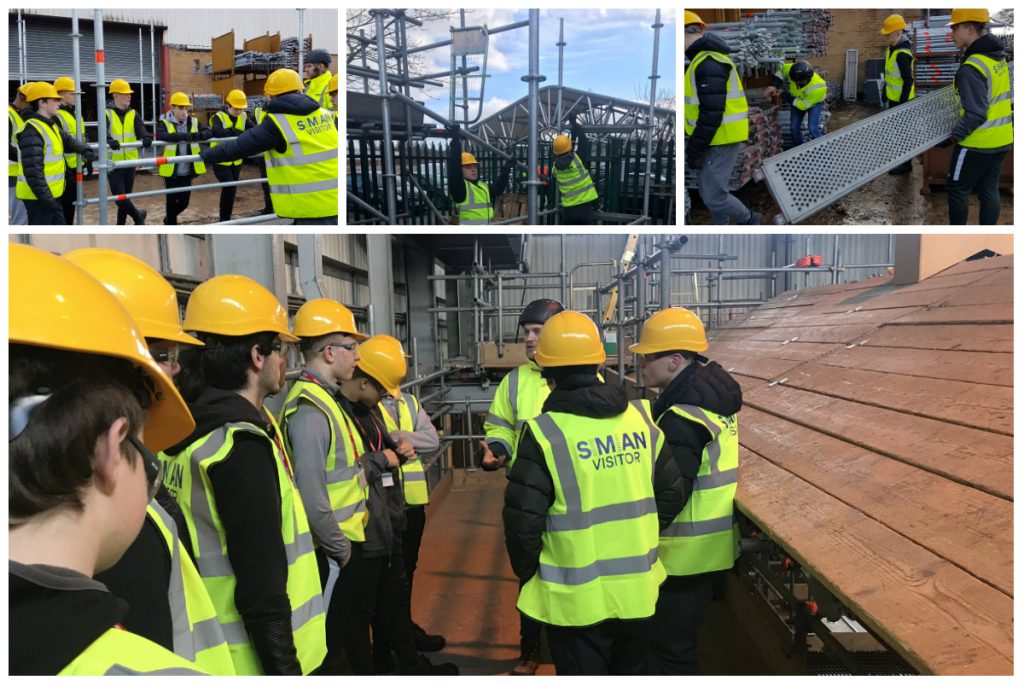 Simian’s team gave the pupils an introduction into scaffolding health and safety, followed by a tour of the 15,00 square foot Birchwood training facility. The young delegates stopped for a buffet lunch, before heading out into the yard to build a small section of  Layher scaffolding. Speaking after the event, Donna Johnson said, “We’re delighted to play our part in National Apprenticeship Week and providing an insight into the scaffolding apprenticeship pathway to the budding Scaffolders from UTC, will hopefully inspire one or two more youngsters to seek a career in scaffolding. We are currently looking to match would-be Apprentices with potential employers and this is just one of a number of initiatives we have, to achieve this.

Those interested in a Scaffolding Apprenticeship can visit Simian’s apprenticeship micro-site, or they can email Donna on djohnson@simian-risk.com.