Home > All News > Worker Prosecuted for Unsafe Work at Height

An employee of a steel erection firm has been sentenced at Manchester Magistrates Court after admitted working unsafely at height on a hotel development in central Manchester.

Manchester Magistrates Court heard on the 21 January 2015 a member of public contacted HSE claiming that a man had been seen balancing on scaffold tubes in the rain while working on the roof of the multi-storey hotel. HSE Inspectors found David Mulholland working on the roof. 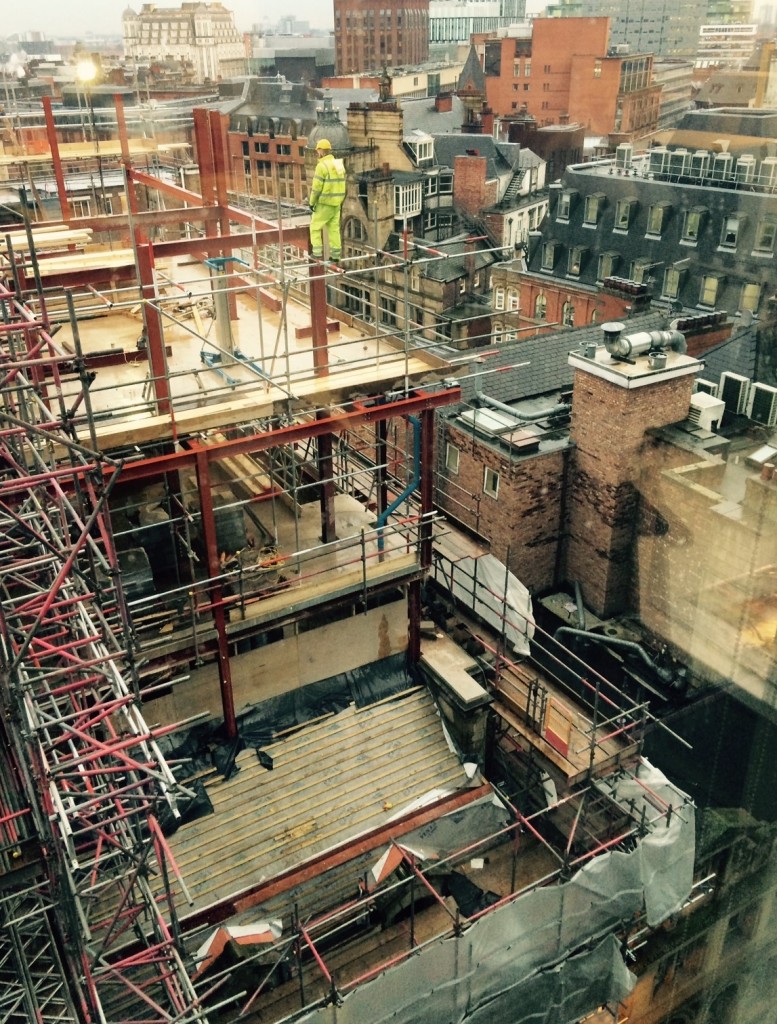 An investigation by the Health and Safety Executive found it was David Mulholland in the photograph provided to HSE. He had climbed up the scaffold to hammer the steel beams into place and had not used the tower scaffold that had been made available for him. There was also a full time scaffolder on site available for any of the contractors to utilise to ensure safe working platforms were in place.

David Mullholland, Victoria Road, Walton le Dale, Preston, pleaded guilty to breaching Section 7 of the Health and Safety at Work etc Act 1974 and was sentenced to 6 months imprisonment, suspended for 18 months, fined £1,400.00 and was ordered to pay costs of £2,939.18.

“This case dealt with a serious work at height risk which could have led to a fatal incident. David Mullholland failed in his duty to protect his own safety while at work and also placed others at risk had he dropped any tool from the position he was seen in some 27 metres above street level. During HSE’s investigation he said that he did not appreciate how high he was.

Never before in my career as an HSE Inspector have I seen such a staggering disregard for personal safety. It is a matter of pure luck that no-one was injured or killed.

My thanks go to the member of the public who reported their concern to us as they have been instrumental in saving the life of Mr Mulholland and arguably anyone below him at that time.”

The prosecution serves as further proof that HSE are willing to take action against businesses, the Directors and their employees as described in a blog article we published in November.