Home > All News > What will our departure from the EU mean for the UK construction industry?

What will our departure from the EU mean for the UK construction industry?

Britain chose by a small margin to leave the EU. While there are many voices from a variety of industries, businesses, individuals and spokespersons from the government, citing either doom and gloom or celebration, the real atmosphere is one of great uncertainty for many sectors.

While UK citizens were presented with a yes or no choice the reality of the consequences of that decision are far less easy to decipher. The reason for all this confusion and uncertainty is partly due to the fact that no country has left the EU before. With no previous history to judge ourselves by Britain is left in a unique set of circumstances.

There were a particularly loud set of opinions emanating from professionals within the construction industry in the lead up to the votes. The result of this referendum feels especially relevant to our sector as we utilise a great deal of foreign labour. 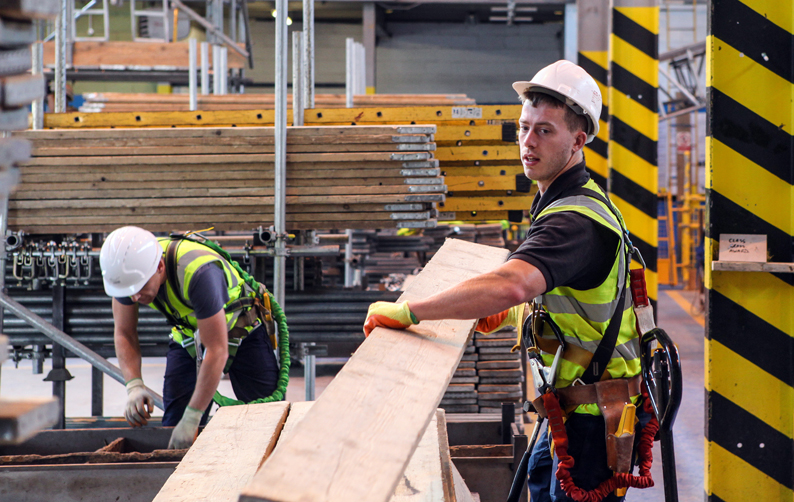 We cannot yet know for certain the direct impact this leave vote will have for the future of the construction industry but there are several reasons many are nervous. The most obvious reason is our need for a strong foreign labour force.

Why does the construction industry rely on foreign labour?

British construction has long utilised the benefits of a foreign labour force. In fact, this is true for any country with a strong need or desire to build. Throughout recent and not so recent history, countries have welcomed foreign labour to bolster their existing construction force.

In the last few years the UK has faced a reported housing shortage and in the construction industry a skills shortage. This means if our access to foreign labour is damaged the industry as whole could suffer, at least in the short-term. We have commented previously on the dearth of young people entering our industry and the solution to that is a mid to long-term one and some are worried we are not currently equipped to deal with the loss of a fairly large proportion of the workforce.

Why will our decision to leave have a potential negative impact on our foreign workforce?

The EU offered the right of free movement for its members. It was seen as easier and less stressful for workers to move between EU countries than non EU countries. Many in our industry believe that leaving the EU makes it harder for our desired workforce to emigrate here. While there are easier options still available such as France, Germany and other EU members, it could potentially put workers off attempting to earn their living in the UK.

Professional voices in construction have warned of a skill crisis and worries that we will be less able to influence the global market outside the EU.

What other challenges could lay ahead for construction?

In the early stages following the vote to leave, multinationals with a vested interest in the UK have expressed concern with their investment in the UK. This is natural in a period of unknowns and no one can accurately predict what will happen to our economy as we leave the EU. The reaction to these concerns has already been witnessed in companies like Airbus and Festo. It may be that companies will gain confidence in the UK once the nature of business with us becomes clearer once again. In the short-term this could create a significant wobble in the stability of the economy.

There are a number of dissenting voices to this stance within our construction industry but on the whole most believe the EU was a force for good by providing workforce, investment and freedom for British businesses.

The EU have long-supported development in deprived areas and some of this is channelled, for example, through the European Social Fund which identifies specific targets for investment. The construction industry currently benefits from this by receiving funding towards key areas such as the training and development of young people in the most deprived geographical areas. It is beyond the realms of prediction whether the EU funding would be replaced of this nature would be ring-fenced and/or replaced by the Government of the day.

What else could change?

Some of the most notable UK health & safety legislation and guidance is European-driven. For example, the Work at Height Regulations 2005 and BSEN12811 (which is translated into simple reading by the NASC’s Guide to Good Practice for Tube and Fitting Scaffolding – TG20:13) are founded on the basis of the EU requirement for European harmonisation.

In some quarters, it has been suggested that Brexit effectively means of the end of these key performance standards, but the reality may not be so simple. Government officials were quick to express a great desire to maintain current trading links with the EU and if any such deals can be cut, then it’s likely that the continued adoption of European-driven performance standards will be a pre-requisite for the UK.

Those hoping to see a cut in red tape and legislation, only need look across the North Sea to Norway, a Non-EU member European country that trades heavily with its EU member neighbours. Norway is bound by many of these standards as a condition of trading and it’s very possible that the same or similar terms will be applied to the UK.

“It’s fair to say that the vote to leave the EU was as much of a surprise to most of us at Simian as it was to the bookmakers! A fair proportion of our workload is related to the construction industry and we’ve seen a sustained period of growth that has been aligned to general construction growth, for the past three years or so, after several challenging years.

Given the statements of Government officials in the time since the results were announced, it seems there will be no rush to trigger the much talked about Article 50 and so it’s likely the status quo on immigration will be maintained for at least the next two years.

The UK is envied across the world for its workplace health and safety performance and it would be a real shame if the standards that underpin that performance were diluted or removed.