The latest UK workplace fatality statistics released by HSE reveal a slight increase from 136 deaths in 2013/2014 to 142 in 2014/2015*. The general trend remains positive with the number of fatalities being halved over the past 20 years, but this trend has been less clear since 2009. 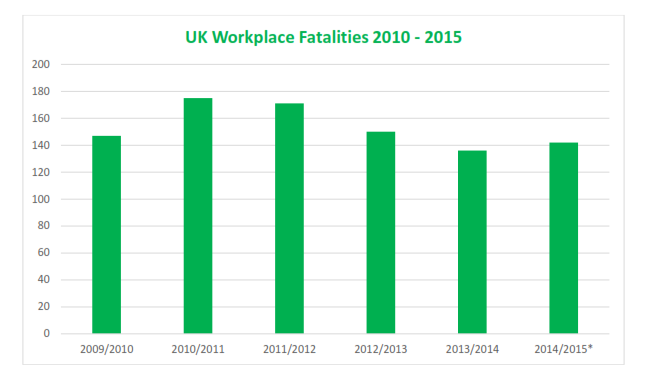 Other headline figures revealed by the statistics are: –