The death of Scott Harrower, 42, was the second serious workplace accident to occur on January 22, 2014, at the former Carpet Right building in Heaton Norris. At just after 9am, a 47-year-old man fell through a skylight to the concrete floor below, fracturing his spine, pelvis, right leg, heel and wrist. Ambulance and police attended, but the incident was deemed to be an accident and once advice was passed regarding the company’s obligations to inform the Health and Safety Executive, officers left the scene.

Despite their colleague suffering horrific injuries, workers were instructed to return to the roof and just hours later at around 4pm, Scott Harrower fell through a skylight to the concrete below. He suffered catastrophic head injuries and died as a result. 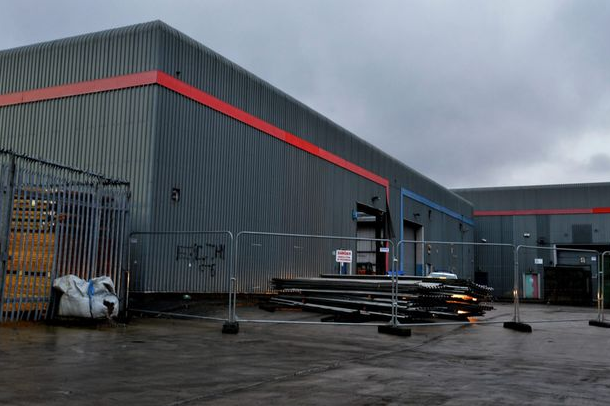 At Manchester Crown Court, Allan Thomson was jailed for six years and fined £400,000 and ordered to pay £55,000 in costs, after he and his company Building and Dismantling Contractors Ltd, were found guilty of offences under Section 2 of the Health and Safety at Work etc Act 1974 and for breaching regulations 4 and 7 of the Work at Height Regulations 2005.

Michael Smith and his company C. Smith and Sons (Rochdale) Ltd, were also found guilty of offences under Section 2 of HASAWA and for breaches of both the CDM Regulations and the Work at Height Regulations.  Mr Smith was jailed for eight months and fined £90,000.

In a victim impact statement, Mr Harrower’s partner Jane Watt said their two children were struggling to come to terms with the knowledge that their father wouldn’t get to see them grow up. She said: “Watching them suffering is the hardest thing I’ve ever had to do. There is nothing I can do or say to give them what they want – their father back.”

Detective Chief Inspector Richard Eales said: “Smith and Thomson’s remorse did not  stretch to admitting their guilt, as both tried to hide behind their companies and refused to plead guilty to the charges levelled against them personally. Thankfully, the jury saw through their attempts and both now can face justice for the decisions that they made, decisions that have robbed one family of a loving partner, father, and son, and another of a man’s ability to live a life untainted by severe physical injury.”

After the case, HSE Inspector Sandra Tomlinson, said: “Falls from height, and in particular falls involving fragile roofs, are one of the main causes of work-related deaths in Britain. The risks are therefore well-known and documented, as is the guidance on how to reduce these risks. The roof dismantling works were not properly planned or supervised and adequate precautions, such as netting, were not put in place.”

Simian clients requiring advice on roof work and particularly those involving fragile surfaces, are free to contact their Account Manager on 0345 602 2418. (Option 1)