Home > All News > Truck driver charged after crashing into scaffolding 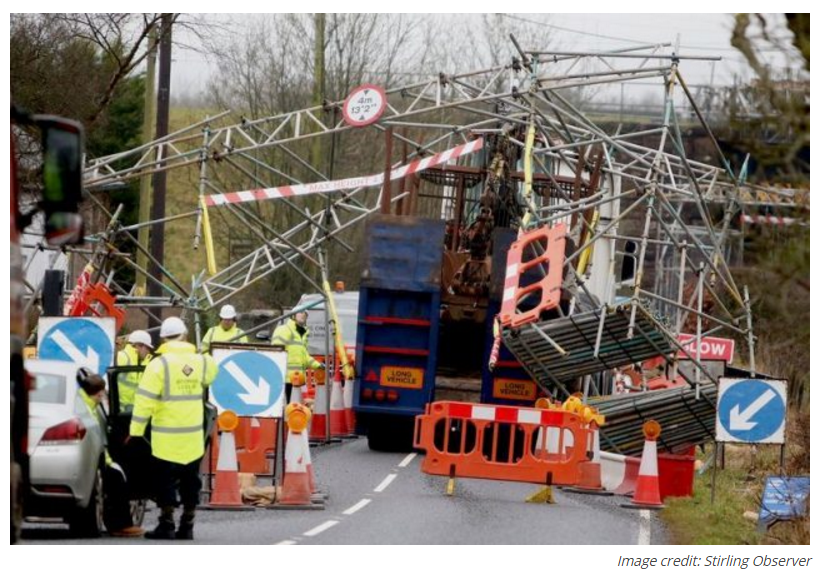 A HGV driver from Ireland has been charged with careless driving after ignoring height restrictions and ploughing into scaffolding near Stirling in Scotland.

The truck driver drove into scaffolding height restrictors which had been erected to protect a bridge near Balfron Station. The road was closed while work was carried out to free the heavy goods vehicle which had become entangled in the scaffolding structure.

The bridge, which carries water pipes connecting Loch Katrine and Glasgow, had been damaged in September last year by a lorry.  Scaffolding height restrictors had been erected on both approaches to the bridge to ensure high vehicles couldn’t access the route and to prevent damage to the bridge.

Fortunately, no one was injured in the incident and no other vehicles were involved.  Although the incident did lead to some disruption it demonstrates the value putting effort into managing the interface between scaffolding and vehicles.  The fact that this incident was casualty-free can probably be attributed to luck more than good judgement and the driver can consider himself particularly fortunate that the charges were not more serious in nature.