The Delta platform is one of four sitting in the Brent field, an oil and gas field located in the East Shetland Basin of the North Sea, 186 kilometres (116 miles) north-east of Lerwick, Shetland Islands, Scotland, with a water depth of 140 metres. The platform rises 300m high – double the height of the London Eye and equal to the height of the Eiffel Tower. 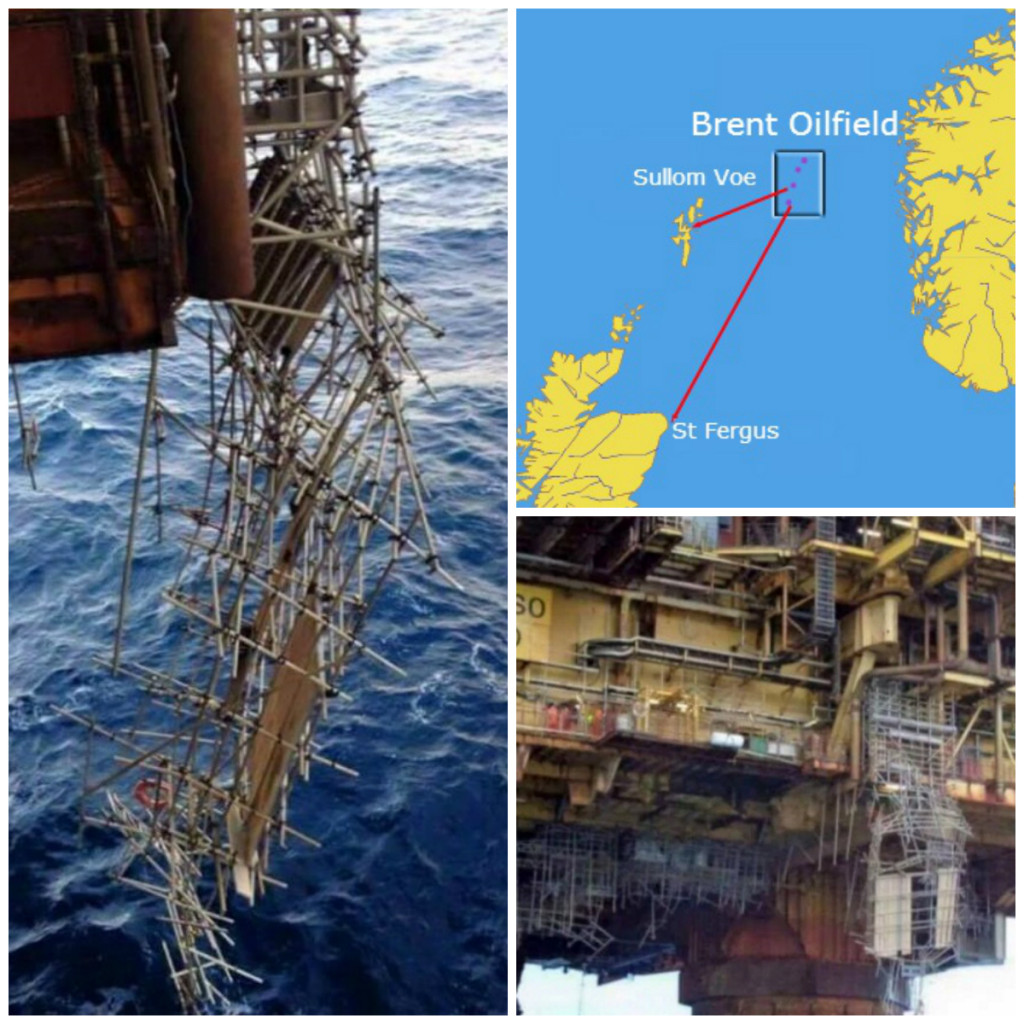 A Shell spokesperson said: “Shell can confirm that as a result of the recent bad weather scaffolding on the Brent Delta platform has become displaced.

Following an assessment of the situation, including liaising with DECC, we have concluded that the safest method of recovery will be a controlled drop onto the seabed. Once on the seabed it will be recovered by an ROV that is currently on the platform. The scaffolding is not in the vicinity of any pipelines on the seabed. It is anticipated that there will be an appropriate weather window to complete the operation this week.”

The field has since been earmarked for decommissioning.