Our resident Wiganer, Cara Parkinson, is the latest member of the SIMIAN team to complete an Apprenticeship – a Level Three Award in Business Administration – with Distinction!

Cara (pictured below, right) joined us in early 2021, as an Administration Apprentice and has worked in the training administration Department at our Warrington Office, under the tutelage of Jess Hollowell, our Support Services Manager.

“Since Cara has joined us, she has grown to be a well-respected, popular and hardworking member of the team and she is always eager to learn new skills and jump in with other departments during busy periods. It’s no surprise to any of us that Cara achieved a distinction and based on her levels of progression to this point, she can look forward to a long and successful career with SIMIAN!” 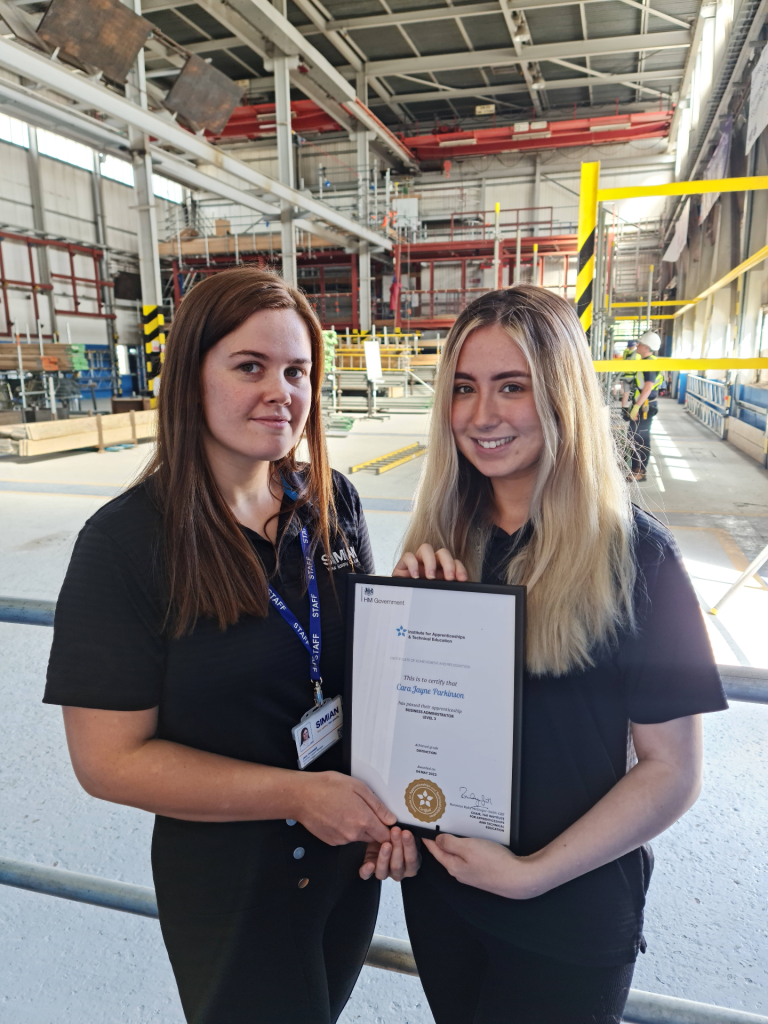 Cara has very recently been promoted to the position of Accounts Assistant, and she is shortly to sign up for her AAT qualifications, fully sponsored by SIMIAN.

“Cara should be proud of what she has achieved and the way she has applied herself over the past 18 months or so. She has adapted well to her new role, and she has demonstrated that she has the ability to learn. Promotion from within is a strategy that has served the business extremely well over the years, and it won’t be long before Cara starts moving up the accountancy career ladder”.