A recent survey carried out by the Confederation of British Industry (CBI) has found that there is a significant shortage of scaffolders, electrical engineers, bricklayers, and carpenters. The CBI has stated that there are fears shortages could last for years, with the NASC commenting that this is ‘suffocating growth’ within the construction industry. 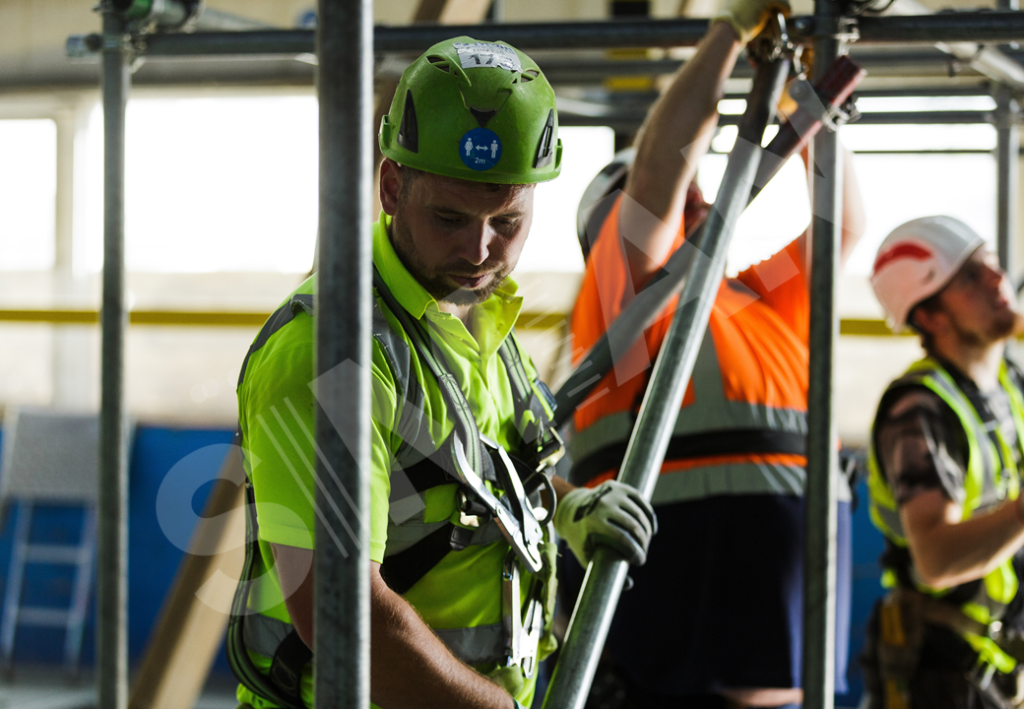 Whilst the skills shortage has been a long-standing issue for the scaffolding industry, the COVID-19 pandemic presented an unprecedented challenge, not only due to Scaffolders being unable to work for a large proportion of 2020 and 2021, but also because physical training causes were put on pause entirely for much of 2020. This has greatly hindered the entrance of new Scaffolders into the industry, and has caused significant waits for those wishing to renew the qualifications through CISRS CPD training, as well as those wishing to upskill.

As centres remained closed, the SIMIAN team worked tirelessly behind the scenes to ensure that once we were given the green light, our centres could reopen and accommodate learners in the safest way possible. This has proven to be very successful, and has allowed us to target fledgling scaffolders, both just starting out in their careers and those looking for career change.

Nevertheless, there is still a long way to go to resolve the skills shortage facing scaffolding and the industry is coming together to tackle the issue. The NASC is currently offering financial incentives to members that aims to support the training of new scaffolders. This includes a £50,000 funding pot, of which NASC members can claim £125 per operative when completing their CISRS Operative Training Scheme, as well as a £150,000 fund to re-train ex-Military personnel.

Additionally, the Government has announced an extension to the Apprenticeship incentive, which can see organisations employing apprentices receiving financial rewards for each apprentice that they employ and who goes on to complete their apprenticeship.

Speaking on the skills shortage facing the scaffolding industry, SIMIAN Operations Director, Dave Randles, has said: “The skills shortage in scaffolding is nothing new, but it has been compounded by the loss of migrant labour, due to the COVID pandemic and BREXIT, with many returning to their country of origin. We fear that the UK’s biggest current infrastructure projects, HS2 and the Hinkley Nuclear Power Station, will soon create a skills drain from around the UK, as Scaffolders are drawn to the highest paid work, and for that reason, there really hasn’t been a better time for employers to invest in training to futureproof their businesses.”

Are you interested in starting your career in scaffolding? Speak to the SIMIAN team today about our scaffolding training and apprenticeship schemes.