The summer of 2017 was a summer of giveaways at Simian. We ran a series of competitions to promote our training courses.

All delegates who participated in one of CISRS courses during the months of June, July and August had already benefited from 10% off the cost of their course, but because it was summer we thought we’d enter all our delegates in a prize draw too and give away a free course to one lucky winner.

How safe a scaffolder are you?

Our other competition was a scaffolding safety quiz. We ran a scaffolding quiz last year and it was really popular, so we decided it was time to run another one. This year we made the questions more difficult, so we thought it was only fair to offer a prize. Any entrants scoring 100% in the quiz were entered in a prize draw to win a CISRS course of their choice. 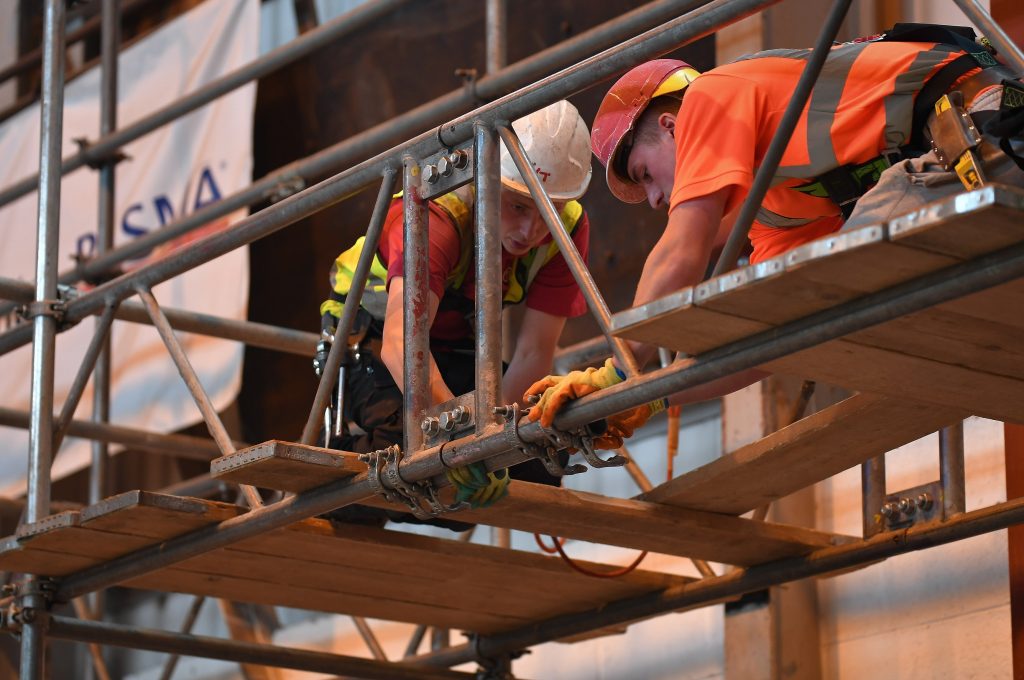 Matt Webb was chosen at random in a prize draw. He is currently working for ASW as a scaffolder and was on Simian’s CISRS Part 1 course this summer. He now has to complete his six months working before he can do his Part 2 course, but the prize means as soon as he has done he will go straight ahead and undertake his CISRS Part 2 with Simian.

Scott Harrison won the Golden Ticket competition after retweeting the competition post. As a scaffolder, Scott had been following Simian on twitter for a few years to keep track of industry news and information on our courses. While working for a previous employer, he undertook a course with Simian on the management of temporary works.  He’s now working at Powertherm Contract Services Ltd as an Advanced Scaffolder. Scott has already decided which course to enrol on with his prize, he will undertake the Scaffolding Supervisors course in 2018.

Our quiz winner was Ben Firth. He was one of the participants who took on the challenge after seeing a post on LinkedIn. He demonstrated his excellent scaffolding health and safety knowledge and now has the opportunity to expand his knowledge even further on one of our CISRS courses. Ben works in health and safety, specialising in the construction sector, and is planning to take the Advanced Scaffold Inspection course to gain a better understanding of scaffolding structures.