The bridge erected in Sao Paulo at the Itaquero Stadium has been the subject of worldwide discussion. It is a system scaffolding structure to provide access for thousands of fans to get to and from the nearby underground station. In the days ahead of the World Cup twitter was awash with images and concerns about the bridge, not to mention the state of the pitch and other unfinished construction work! 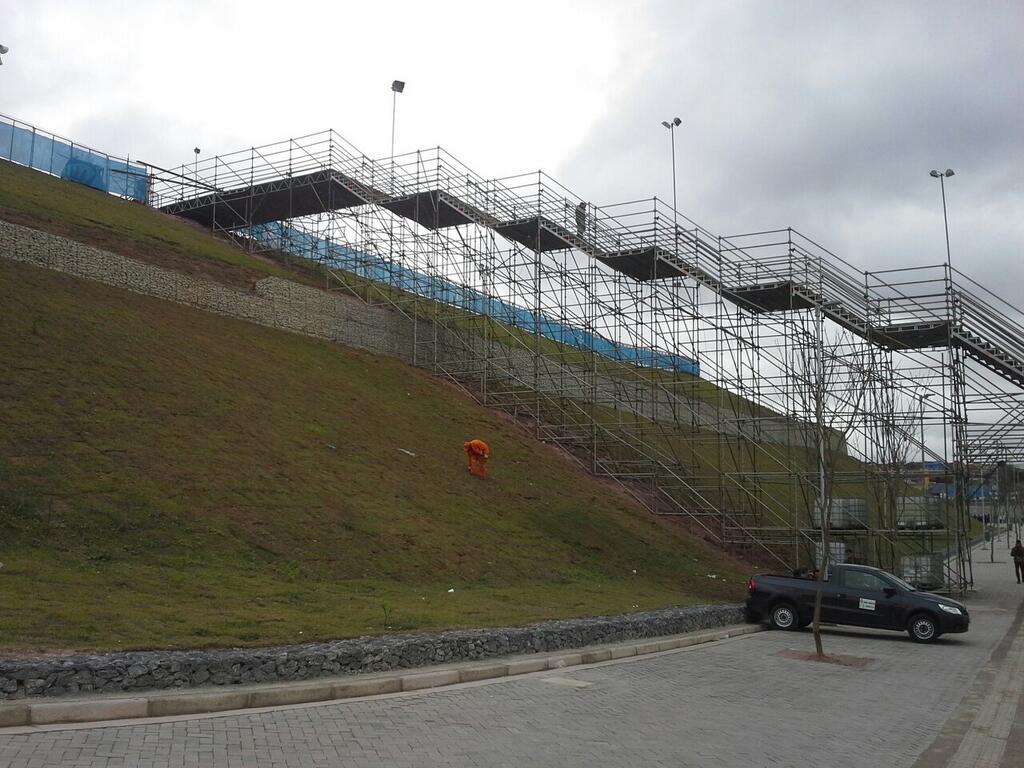 This is the spectator bridge from subway to Sao Paulo stadium. Would you walk on that with thousands of people?

Since the World Cup started footage has emerged of the bridge wobbling as thousands of fans use it on their way in to the stadium. However it seems to be holding up under the pressure, what do you think?