A scaffold and partial building collapse took place in Liverpool in April, at what is to be the new site for the Merseyside Police’s new £45 million headquarters, as reported here, in the Liverpool Echo. 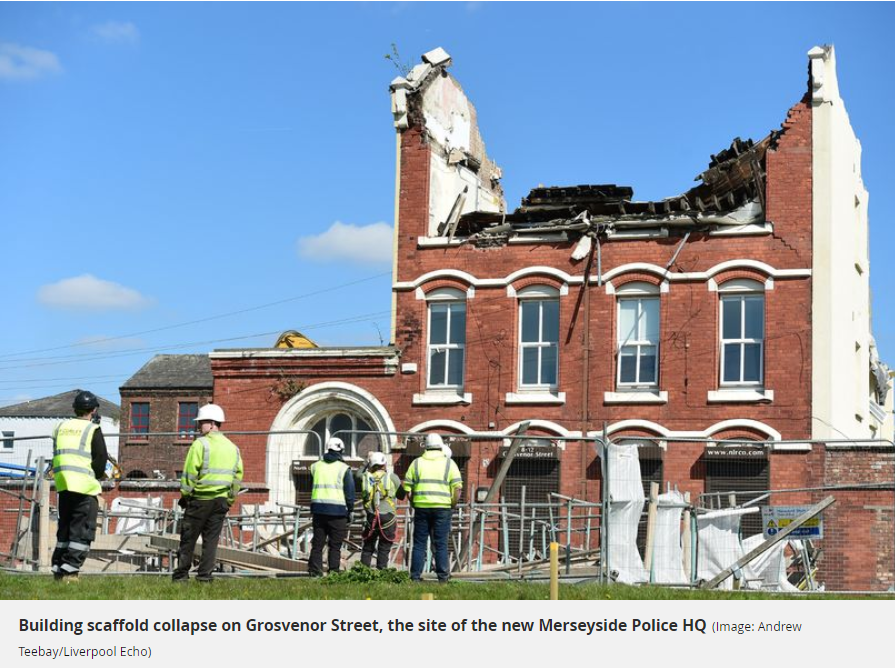 Grosvenor House, the building on which the scaffold was erected was due to be demolished in order to make way for the new Police HQ. The collapse saw the roof of the building collapse, causing the scaffolding to fall away from the building and land in the road.

The area around the collapse was immediately fenced off and luckily there were no injuries reported due to the exclusion zone already in place around the building. A spokesperson from the construction firm managing the project stated that the incident has had no impact on the environment or community surrounding the building.

The official cause of the collapse has not yet been identified, but it does once again confirm the importance of careful planning, execution and regular inspection of scaffolds to ensure stability. The National Access and Scaffolding Confederation produce several pieces of guidance in relation to scaffold stability, most notably, Chapter 7 of the TG20:13 Operational Guide and also in their Technical Guidance, TG4:19, which is available for free download here.

Contact the team at SIMIAN today for more information on how our consultancy, inspection and training services could support your business in improving safety standards for both your workforce and the public.