Our Weston training centre has been thriving with success stories as of late, as apprenticeships get underway, and apprentices gain the vital knowledge necessary to get the best possible start to their scaffolding career.

Prior to our Weston centre opening back in 2018, the only avenue for individuals living in the South West to train as an apprentice involved a long train journey and a number of weeks away from home, due to the fact that there simply wasn’t a centre nearby to gain their vital qualifications. This obviously led to a number of issues for not only the candidate, but also for the company employing them.

Of course, that was until SIMIAN partnered with Weston College and opened our state-of-the-art centre in Weston-Super-Mare. For candidates living in the Westcountry, this meant that they now had a wealth of opportunities when it came to apprenticeship training (not to mention a much easier commute).

The opening of our centre led one company, Apex Scaffolding, to move away from their previous policy of using an assessed route and, in 2021, pledged to train up a new generation of scaffolders. One year on, and Apex now has four candidates currently undergoing their apprenticeships with SIMIAN. 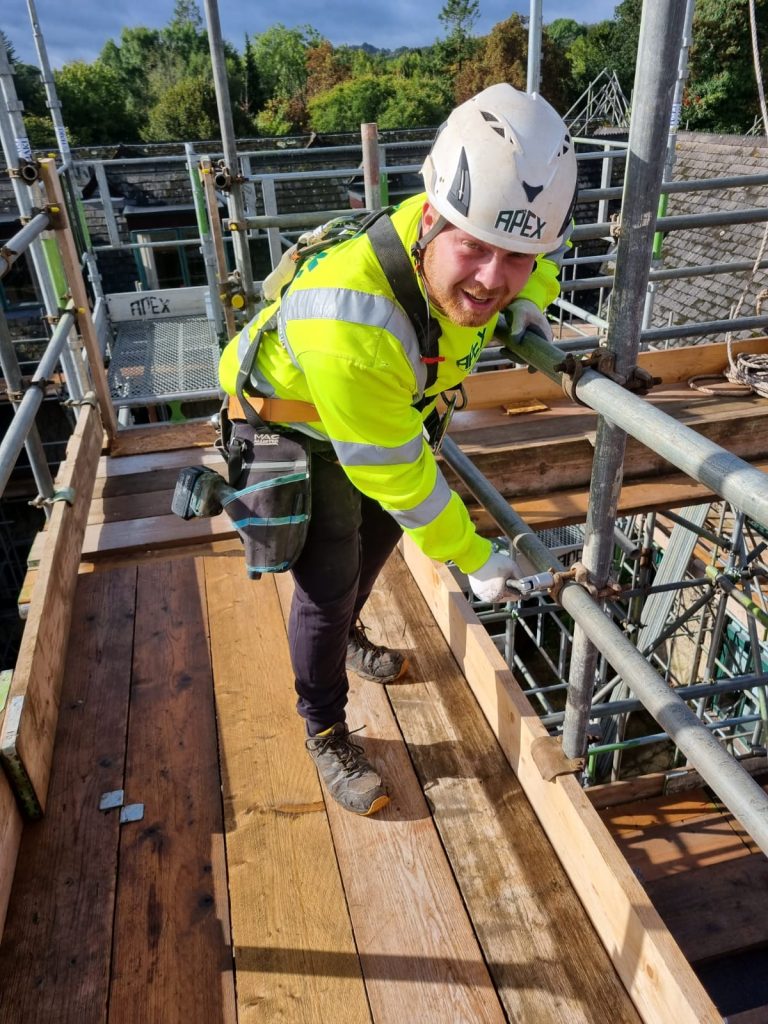 Curtis is currently at Stage 1a of his apprenticeship. He is particularly enjoying the hands-on aspect of the course and being part of a team that allows him to gain the valuable skills necessary for supporting colleagues as and when needed.

Both Kieran and Sam are currently at Stage 1b of their course, and both enjoy the wide variety of sites and project that a scaffolding career allows them to work on.

Charlie is in the very initial stages of his apprenticeship but is eager to learn more throughout the course at the Weston centre.

“For anyone who is considering the apprentice route to becoming a scaffolder, the team at Simian have shown they’re able to provide excellent tuition, especially when candidates require the extra functional skills course of English and Maths.”

On behalf of the entire SIMIAN team, we would like to say a huge well done to Centre Manager, Adie Holmes, and the entire Weston-Super-Mare team for their hard work and dedication.

Get in touch with the SIMIAN team today to find out more about our apprenticeship schemes.