Home > All News > Scaffolder Prosecuted for Lack of Highways Licence

A Sussex-based Scaffolder has been prosecuted for failing to adhere to a Local Authority’s Licencing regime. 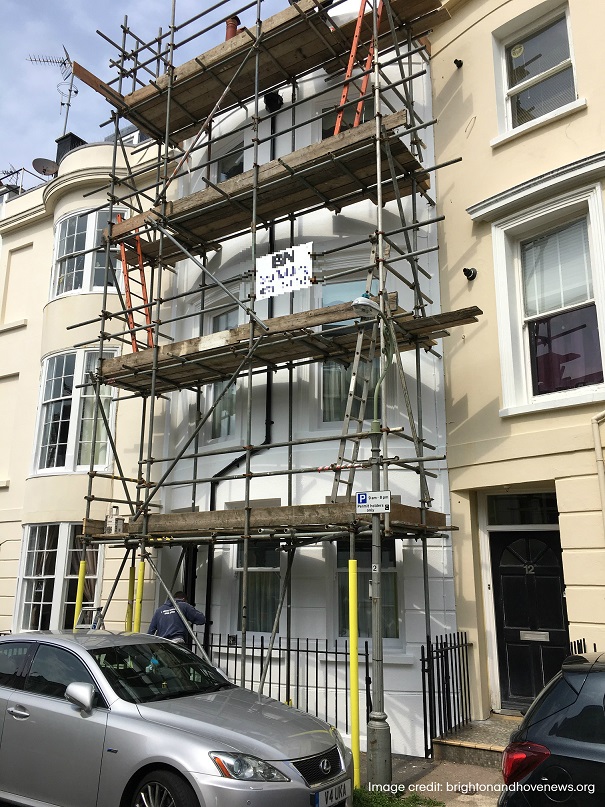 The 36-year old, operating as a sole trader, erected a four-lift independent scaffold at St George’s Terrace, Brighton, without seeking the necessary permissions and it was subsequently spotted by Highways Enforcement Officers on 01 May this year. The Council then wrote to the sole trader, instructing him to make a retrospective highways licence application by 09 May, but no application was received.

At a hearing at Brighton Magistrates Court on 12 June, which Mr X failed to attend, the Court heard that he had previously received three other related warnings for offences in the town’s Madeira Place,  Hanover Terrace and Edward Street. In his absence, Mr X was fined £2,500 and ordered to pay a victim surcharge of £120 and costs of £750, bringing the total he has had to pay in fines and other costs to approximately £9,000.

“Enforcing the requirements of the Highways Act 1980 is the responsibility of the Local Authority (LA) and as such, they have similar powers to the Health and Safety Executive and other enforcing authorities. Ignoring what they specify is never a good idea, and as this chap has found, it can very easily land those choosing not to comply in Court.

Section 169 of the Act ‘Control of Scaffolding on the Highways‘ allows the LA to impose  such terms as it thinks fit and this almost always involves the use of a permissioning regime, although the terms of the licenses they issue can, and do, vary significantly between local authorities. For this reason, SIMIAN would always recommend that the LA’s terms are strictly adhered to. Almost all councils provide information on their individual websites as to what they require – as this example at Brighton and Hove City Council’s website shows”.

Simian clients looking for advice on scaffolding constructed adjacent to a public highway are free to call (0345 602 2418) or email (hello@simian-risk.com).