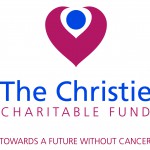 Simian friend, Russ Hughes of Interserve, has shaved his hair in support of the Christie Charity – an organisation that provides services for cancer sufferers and their families at a level above that provided by the NHS.

Russ, who looks after a team of thirty Scaffolders at the Glasgow Recycling and Renewable Energy Centre in Polmadie, Glasgow, was moved to action when he was informed of a friend’s brother of being hit with the devastating news of a bone cancer diagnosis at the age of just 17!

Speaking with his new look, Russ (forty-something but looking at least 10 years older with his new mop-free bonce!) said, “The lads offered to pay £20 per man for me to have my head shaved and it has taken off like wildfire. I said that if I reached £2k I would have it done and in just 2 weeks my goal has been achieved.

I am still collecting money and the money raised is going to Christies Bone Cancer Unit in Manchester. I’ve never done anything like this before, but there aren’t many people that haven’t been affected by cancer, so I just wanted to do something positive.

I have had a fantastic response not just from Interserve, but also from companies like Simian Risk.”

As Russ says, cancer is something that will inevitably impact the lives of us all at some point and it’s individual efforts such as these, by Russ and the site Scaffolders, that go a long way in supporting those unfortunate enough to be involved, so well done to one and all!

Those wishing to donate can do so via the link below – or alternatively, please contact us and we’ll pass you Russ’ details! 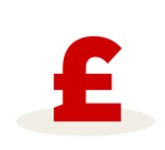