Mothers and babies at an Australian hospital had a miracle escape as scaffolding brought down the roof of a maternity ward during a severe storm. 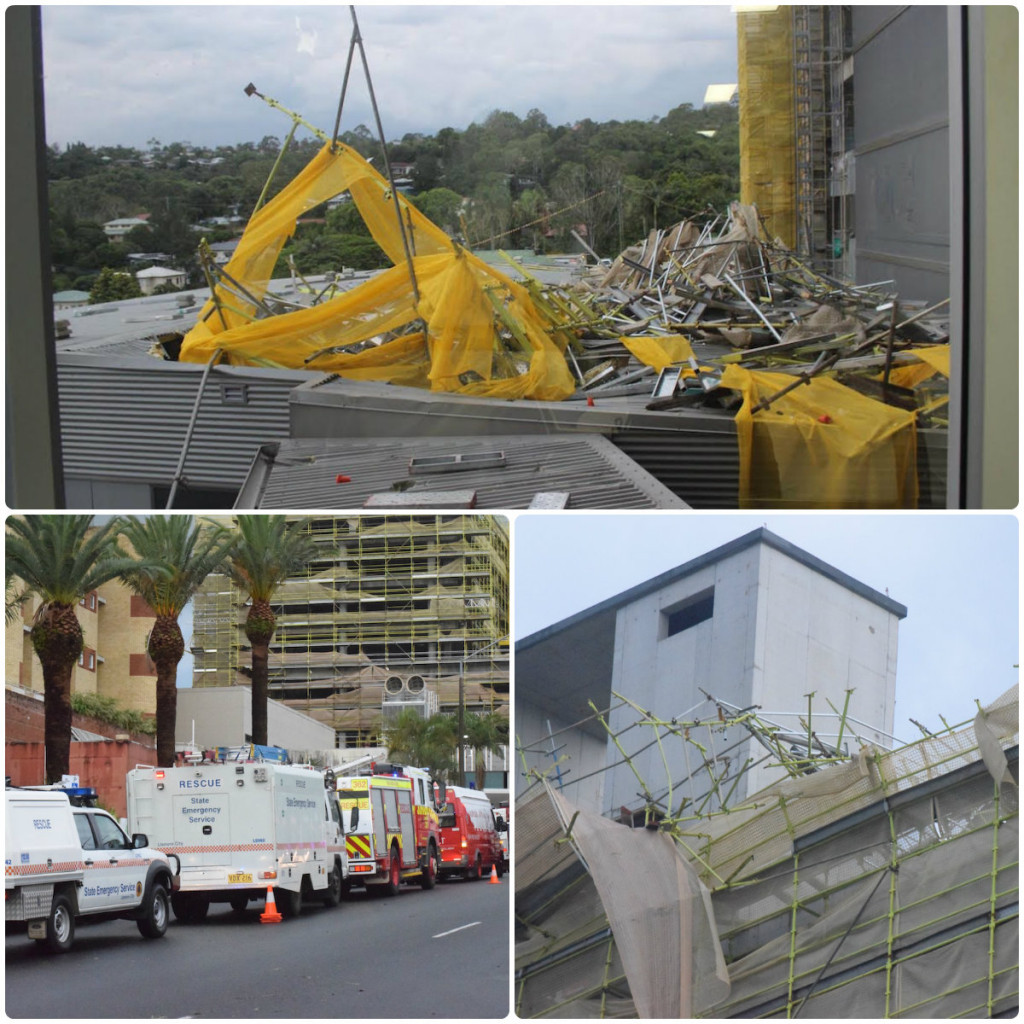 The scaffolding from an adjacent work site collapsed on to the roof of the maternity ward, sending a tube through the ceiling part way through an $80 million refurbishment programme.

There were 19 people in the post-natal unit at the time: five mothers, five newborn babies, two staff members and seven visitors. The babies ranged from just hours to a few days old.

A nurse was treated for a minor back injury, according to local reports, but staff and patients otherwise escaped unharmed.

One witness, who did not want to be identified, said that was a miracle, given the scale of the destruction. “It was all wet; there were wires down everywhere,” she said. “There was [debris falling] down on the mothers’ beds. The mums weren’t in them, thank God.”

The affected patients were escorted by emergency services to another part of the hospital, which remains operational. By Sunday night, fire and rescue workers had secured the site against further collapse and were in meetings with hospital managers, police and site engineers.

Executive director of the Richmond-Clarence Health Service Group, Lynne Weir, told The Northern Star newspaper the collapse would be subject to a full investigation. “An exclusion zone had been set up around the site to ensure there is no further risk to patients, staff or the public,” she said. “The construction site will remain closed until a full investigation has been undertaken and engineers have determined the site safe.”

The witness said mothers who were rescued from the damaged ward kept surprisingly calm through the ordeal and praised the efficacy of nurses. Most of the mothers opted to go home with their newborns after the incident.

“I think the midwives did a beautiful job of keeping them calm,” the witness said.  “They were really quite traumatised. Most of them didn’t want to stay.”