Home > All News > Apprenticeships > NASC Search for Apprentice of the Year

NASC Search for Apprentice of the Year

The National Access and Scaffolding Confederation (NASC) has launched it’s annual search for the  ‘SCAFFOLDING APPRENTICE OF THE YEAR’  for 2017.

Scaffolding apprentice of the year

The award – sponsored by both the Construction Industry Training Board (CITB) and Construction Industry Scaffolders Record Scheme (CISRS) – is aimed at individuals who are directly employed by an NASC Member company and are either part way through a formal scaffolding apprenticeship with an approved CISRS provider, or alternatively have successfully completed the apprenticeship programme in 2017. 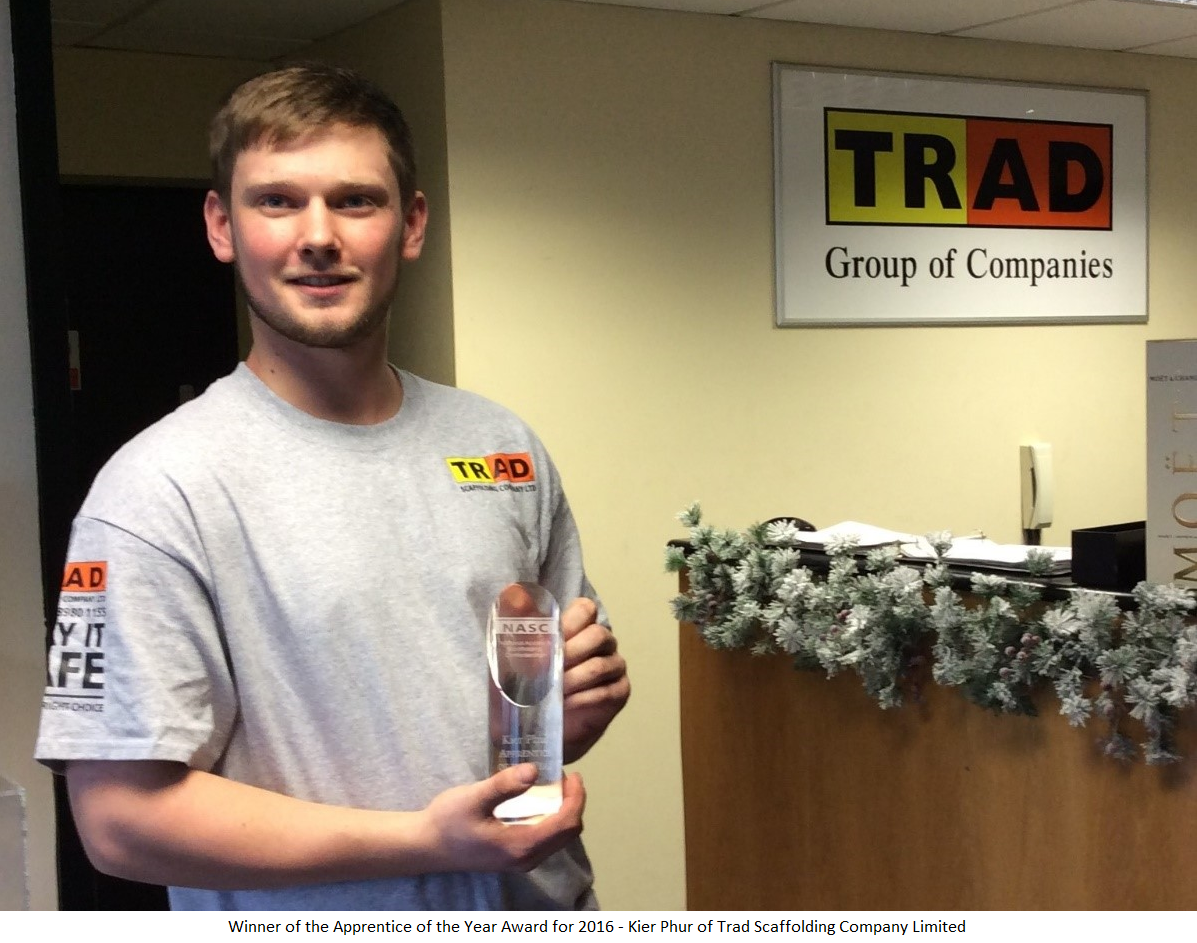 The successful candidate needs to be conscientious, have shown a willingness to learn and develop skills and has gone above and beyond the call of duty whilst working their way through the qualification.

A trophy and a £500 cash prize will be awarded to both the winning apprentice and their employer, with a trophy and £250 cash prize going to the runner up and their employer. The winner and runner up will be invited to attend the NASC AGM (being held at The Intercontinental Park Lane Hotel, London on Friday 24 November 2017) where the result will be announced and they can be presented with their prizes in person.

Please click here to download the entry form and for information on how to make your submission.

Simian has an enviable record for the output of apprentices and this will hopefully increase, given our inclusion on the Government’s Register of Approved Training Providers (ROATP) for levy paying organisations.

Individuals or organisations wishing to enquire about a scaffolding apprenticeship with Simian, can call 0345 602 2418 or email apprenticeships@simian-risk.com.