A middle-aged man plunged to his death from scaffolding in Aberystwyth just two days before Christmas.

The man, who has not been named, died at the scene after falling from scaffolding on the side of a house on Rheidol Terrace on the junction with South Road at around 6pm on Friday, 23 December. 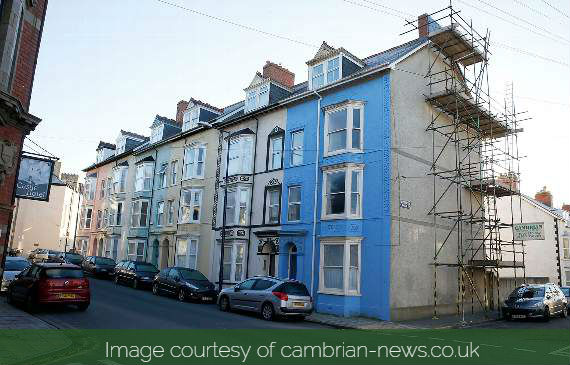 The scaffolding extends to approximately 11m high, but the position of the deceased at the time of his fall is unknown.

Police said the deceased was 46, but would not give his name or address. The coroner for Ceredigion, Peter Brunton, has been informed and an inquest will be held at a later date.

A police spokeswoman said: “Police attended Rheidol Terrace, Aberystwyth, on the evening of Friday, 23 December, following a report that a man had fallen from scaffolding. Sadly the man died at the scene. Due to the incident South Road onto Marine Terrace, a side road onto South Road and Bridge Street, Aberystwyth, were closed. Next of kin have been advised. The incident is not being treated as suspicious.”