One woman was lucky to escape with only minor injuries after scaffolding collapsed in Leicester city centre. 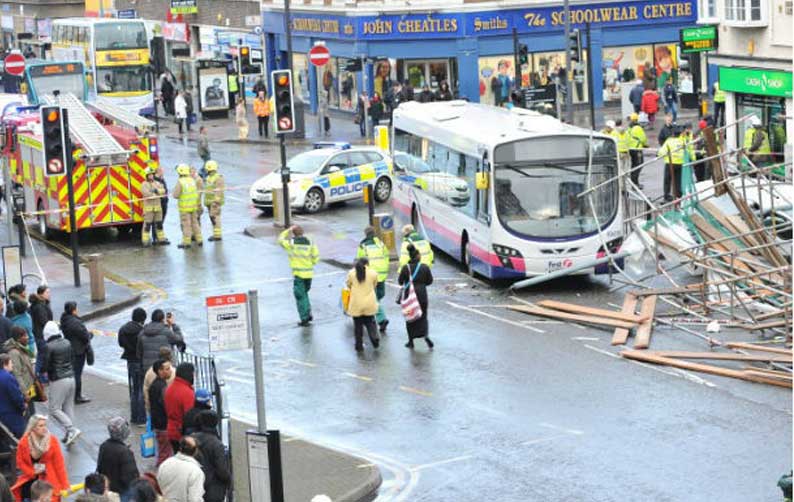 High winds caused a three-story scaffolding to topple over and trap a passer-by.

The woman, believed to be in her 50s, escaped with just minor injuries after dozens of people came to her rescue while she was pinned to the street in Leicester.

The newsagent whose scaffolding collapsed said the trapped woman was saved by his van breaking the metal poles’ fall – and the toppling structure also hit a passing bus.