Jackie Takes on the London Marathon

In early October, SIMIAN’S very own Finance Director (and running extraordinaire) Jackie Thomason, donned her running shoes and took on one of the most iconic events in the calendar year, the London Marathon. 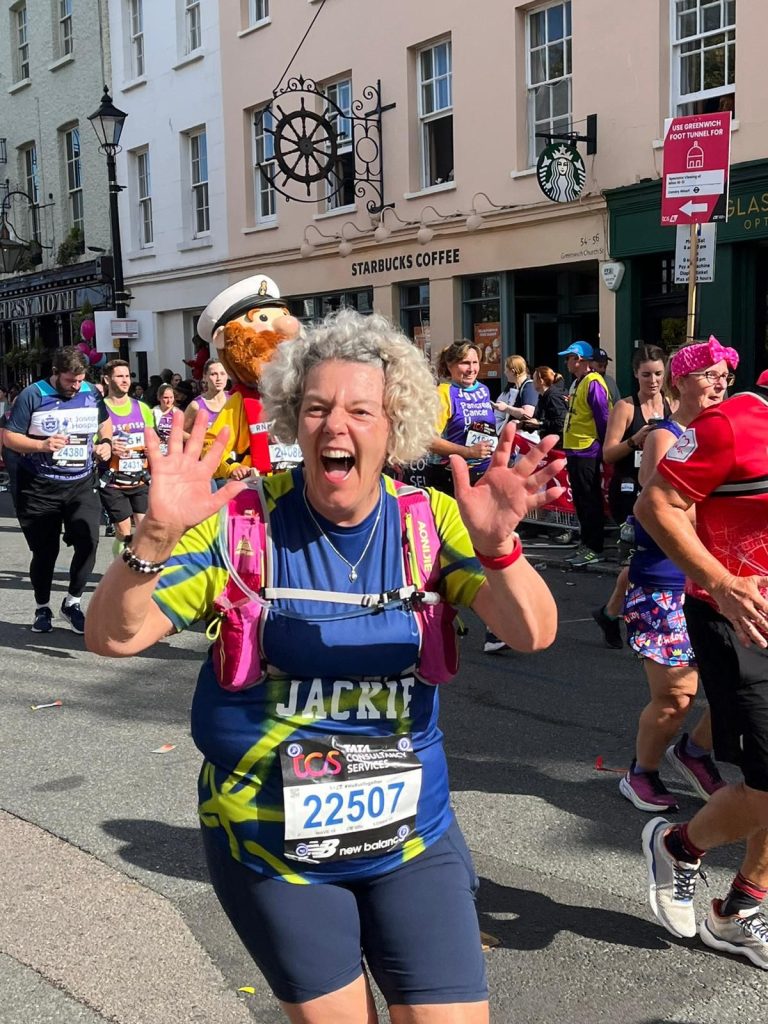 Jackie ran the marathon in support of the Alzheimer’s Society, a wonderful charity that is close to her heart, with her mum diagnosed with this cruel disease a few years back.

Just over three years ago Jackie began running, using the ‘couch to 5k app’ and her aim was to complete a 5k run. This target was then raised to 10k, then to a half marathon, before successfully completing the Virtual London Marathon (VLM) in 2021.

Having gotten the running bug, Jackie eagerly submitted her ballot for the London Marathon, and was lucky enough to be one of the 5% of entrants to secure a place and take on the 26.2 mile course.

When thanking those who have supported and donated, Jackie has said:

“The donations received truly mean a lot to both myself and of course Alzheimer’s Society.  A staggering statistic is that every three minutes, someone develops dementia. We can beat it, but we can’t do it alone, Alzheimer’s Society is the UK’s leading dementia charity.  Until the day we find a cure, we will create a society where those affected by dementia are supported and accepted in their community. Every penny donated is making sure we can be there for people affected by dementia.”

If you would like to make a donation and celebrate Jackie’s marathon success, visit her Just Giving page here.

On behalf of the entire SIMIAN team we would like to say a huge well done to Jackie for conquering this amazing feat!