Home > All News > Investigation to be carried out into scaffolding collapse

Investigation to be carried out into scaffolding collapse

HSE is to carry out an investigation into an accident involving a scaffolding collapse in which three people were hospitalised. The accident occurred on the 1st August at the Station Hill development project in Reading, Berkshire, and at this stage it is not known. 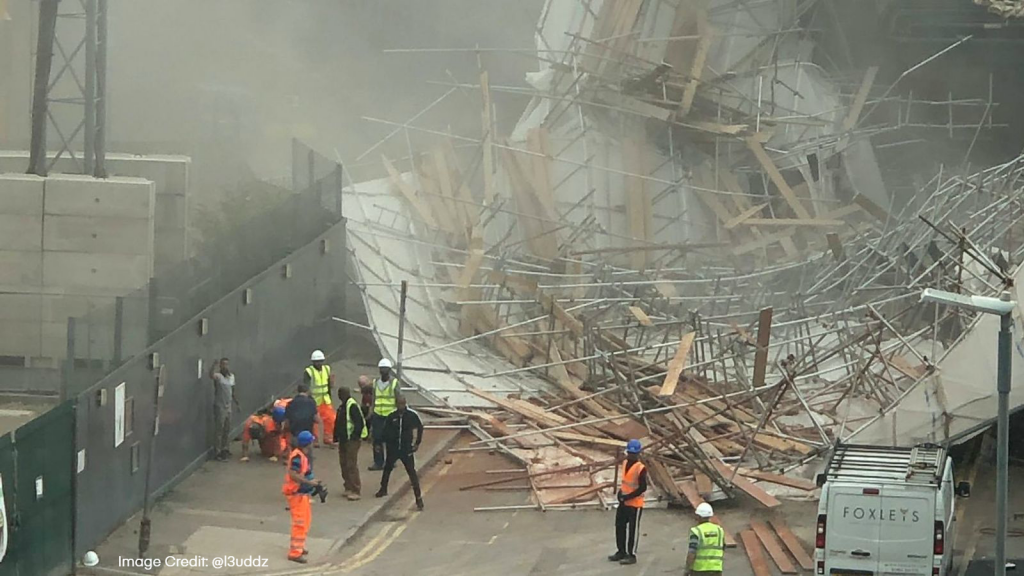 Emergency services were called to the scene and for a time there were concerns that people were trapped under the debris. Fortunately, this was not the case, but road closures were put in place and search and rescue teams, using specialist dogs and thermal imaging equipment, were drafted in to search for casualties.  Thankfully, there were no further casualties but it is clear from images of the scene, which show the scale of the incident, that the collapse could have been much worse and could very easily have resulted in multiple fatalities.

Of those injured one was a site worker and the two other people hospitalised were a couple who were walking by at the time of the collapse. All three were treated for minor injuries.

HSE have visited the site of the accident and an investigation is ongoing.  At this stage it is too early to predict how long the investigation might take but if serious failings are found then those involved could face prosecution under the Health and Safety Act 1974 and other workplace legislation.

As with all work environments, scaffolding used in the demolition sector should be closely managed, particularly where its stability is reliant upon the building structure being dismantled. Design and tight work scheduling are very often key to ensuring adequate levels of safety.