An accident involving a bus and scaffolding in Newport, South Wales earlier this month could have been much worse. Photographs posted by passengers on twitter show extensive damage to the bus with all the windows on one side shattered and glass everywhere. 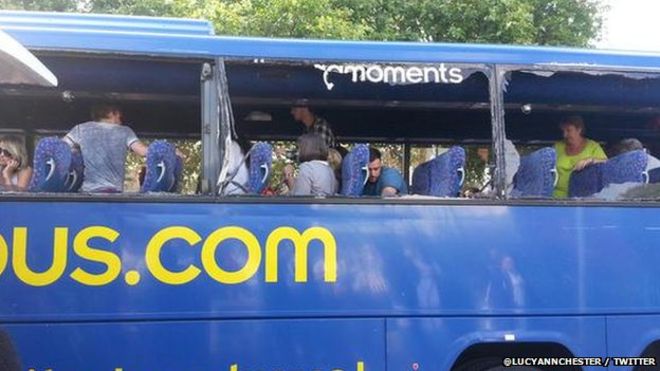 One person is believed to have been taken to hospital and treated for minor injuries following the incident. Other passengers were understandably shaken but fortunately escaped unharmed or with just minor cuts and scratches from the glass.

According to press reports the bus, which was travelling from London to Swansea, struck scaffolding during rush hour in Newport. It is unclear from the press reports whether the scaffolding had been unsafely erected. A spokesperson for the bus company has said they will be carrying out a full investigation.