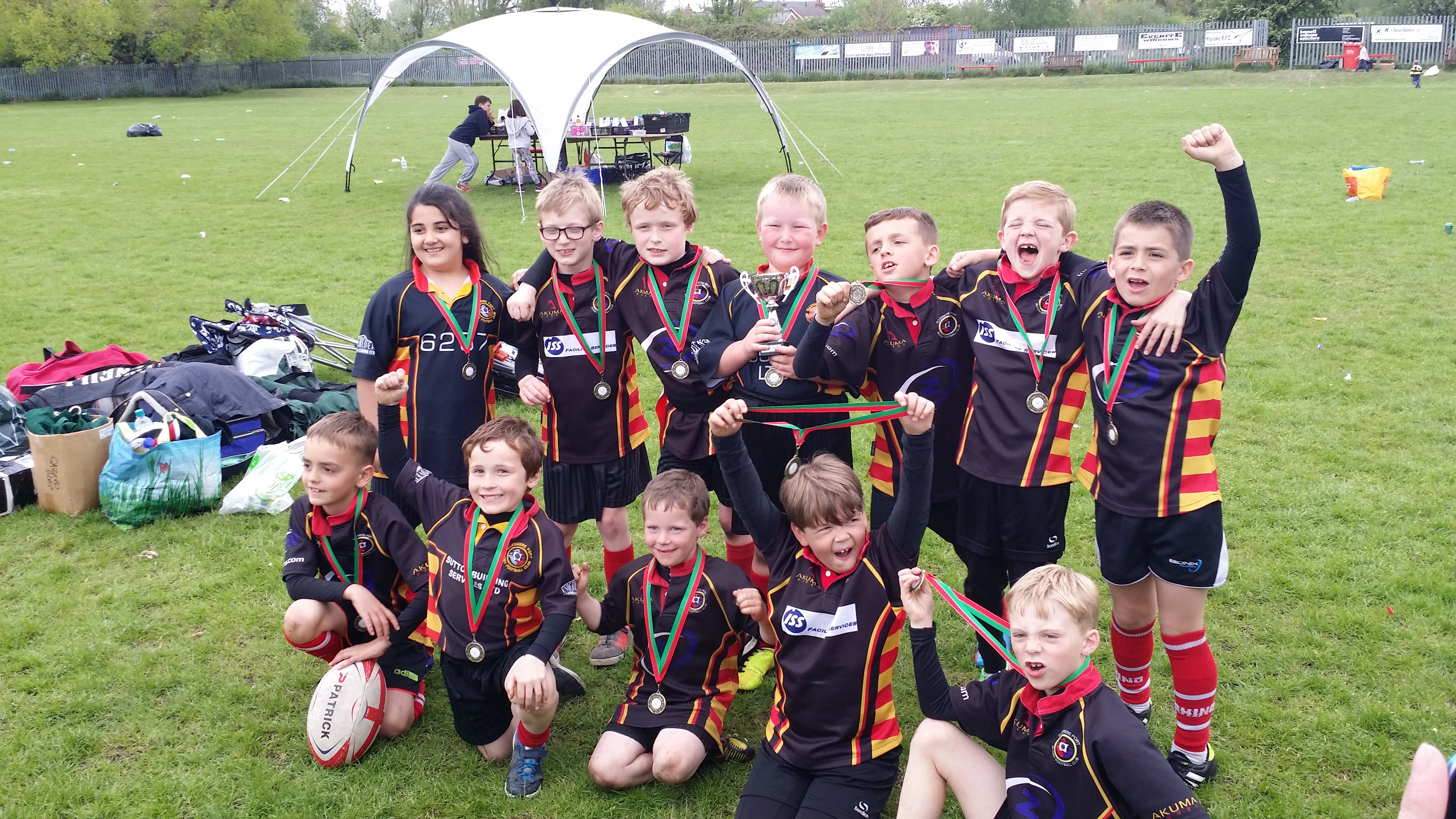 Congratulations to Ellesmere Port RFC for winning the Hoylake Under 8s Rugby Plate. The team beat Northwich in the final 10-7 to take home the title. They came through a really tough group to reach the knockout stage and this is a fitting reward after losing the Cheshire Bowl Final at Macclesfield RFC by the odd try in 11 the previous week.

Fittingly this winning match was also their last game of tag rugby as next season they will be moving on to semi-contact. This will mean head guards, gum shields and some very worried parents!

Dave Randles, Simian’s Safety Director and Assistant Coach at the club and whose son Max (8) is part of the team said, “It was a fantastic day for the kids, parents and also for the coaches. The kids played brilliantly and were tenacious in attack and disciplined in defence. Everything they have been learning for the previous two years clicked on the day and this meant they were more than a match for the teams they met with far bigger playing numbers”.

“Things are looking rosy for next season when the kids will get their first taste of contact rugby, they will need to start being more tactical in their approach and this is something we intend to work on during training later in the Summer”.

Ellesmere Port Rugby Club caters for children from U7’s right through to Colts and two (sometimes three!) adult sides and also boasts a girls and ladies team! Anyone living in the West Cheshire area is free to pop down for a no obligation taster session and this can be arranged through Dave Randles via the contact details at hour home page.

Well done and good luck to the team for next season!