A Devon-based construction firm has been hit with a £100k fine, after an employee fell 6m to his death during the construction of a new agricultural building in Woodbury, Devon.

Plymouth Crown Court heard that Neil Phillips, 44, a married father of two, of Tiverton, was working for C&R Construction installing roof sheets on an agricultural building on 11 May 2016 when he fell to his death.

A subsequent investigation by the Health & Safety Executive found that the firm had failed to provide suitable edge protection and that there was an excessive gap between the roof edge and the guardrail. It also found that risk assessments were inadequate, that those  supervising supervising the work had received inadequate training and that Mr Phillips should never have been in a situation where he could fall off the edge of the roof. 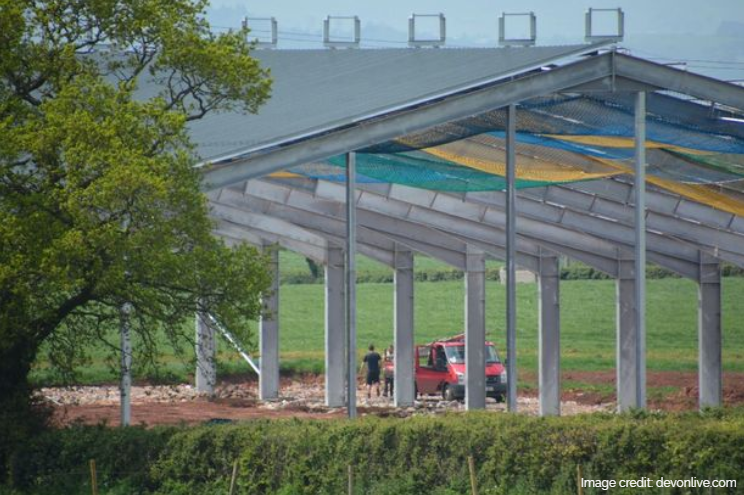 During the inquest, evidence was heard from Wayne Carpenter, the Roof Foreman who had been laying roofing sheets with Mr Phillips on the day. Mr Carpenter confirmed that it had been raining on the day of the accident and although he didn’t witness how Mr Phillips fell, he heard a bang which made him turn around and saw Mr Phillips making conscious actions to stop himself. Mr Carpenter, wan experienced roofer, said: “He fell to his knees and started sliding down the roof. He went from his knees to his bottom.”

Speaking after the hearing HSE inspector Kate Leftly said: “Falls from height remain one of the most common causes of work related fatalities in this country and the risks associated with working at height are well known. If suitable edge protection had been installed, the tragic death of this employee could have been prevented.”

After inquest into his death, Mr Phillips’ family said, “Neil served for 12 years in the Royal Engineers, including tours of duty in dangerous places. He worked in close protection with the UN War Crimes Tribunal in the Hague, Holland. He accompanied senior war crimes investigators into very dangerous situations.

Given this background, no one would have expected Neil to meet his death in the manner he did. At the time of his death, he was working in an industry where consideration of safety appears to be secondary to time and money. Safety procedures were sadly lacking on the site where he was working.

The biggest losers in this tragedy are Neil’s two young daughters Carrie and Amy whom he loved very much. We all hope that lessons will be learned from Neil’s death, not only by Neil’s former employers C&R Construction, but by the wider industry generally.”

Guidance on edge protection for roof work is available in the form of the HSE Guidance, HSG33 ‘Health & Safety in Roof Work‘, the National Access and Scaffolding Confederation Safety Guidance ‘SG27:09’ (being updated at the time of writing) and the ACR publication, ‘(CP) 006:2015 Rev 3‘. The documents hyperlinked are FREE to download.

Simian clients requiring additional advice on edge protection are free to contact us by calling 0345 6022 418 or emailing hello@simian-risk.com.