A Swansea-based scaffolding firm has been hit with a bill in excess of £100k, after a Scaffolder they employed, fell 12 metres and suffered life-changing industries in an accident at the Port Talbot steel works, in 2014. 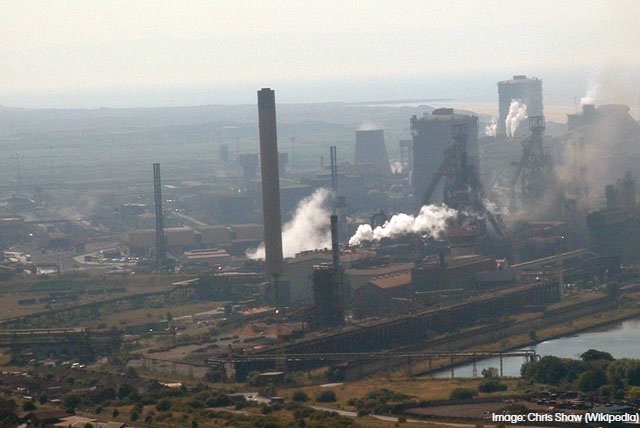 The firm pleaded guilty to a charge of failing to ensure the health and safety of an employee, when it appeared at Swansea Magistrates Court earlier this month. The prosecution offered no evidence against the site operators, Tata, and a formal ‘not guilty’ verdict was returned.

The Court heard that Stephen Kift was working as part of a team carrying out scaffolding dismantling work on a conveyor system. A pre-work briefing had taken place, but Mr Kift was not present and somebody had signed the briefing acknowledgement on his behalf.

During the work, Mr Kift fell through a floor grating that had been removed to allow the movement of materials. As he fell, he struck one girder, before landing on another and a specialist rescue team was needed to remove him to ground level. It is understood that Mr Kift’s personal fall protection equipment (PFPE) was not in use at the time he fell.

As a result of his injuries and some five years after the incident, the Court heard that Mr Kift is still in pain, has limited mobility and suffers from a lack of sleep.

Anna Vigars QC, said that the scaffolding firm had failed to properly plan for the work being undertaken, that the work was being done on an “ad hoc” basis and there was not proper safety supervision.

Representing the scaffolding firm, Simon Morgan QC said that the firm took health and safety legislation very seriously and had a good track record with no previous convictions. He said it was not a case where no safety procedures had been in place, but he accepted they could have been better.

Summing up, the judge, Peter Heywood described Mr Kift as an experienced scaffolder and said the scaffolding firm’s systems were not sufficiently robust to ensure his team had been given a proper and detailed briefing on the job they were doing.

The case serves to outline that any procedures and systems that are intended to support scaffolding activity must be properly implemented.

The recently updated NASC document SG7:19 Risk Assessments and Method Statements (RAMS) provides information on what might be included in a safe system of work for scaffolding and their flagship fall protection guidance, SG4:15,  provides examples of how this fall protection can be achieved at a practical level. Both can be downloaded for free, by clicking the links.

Clients having queries on any of the matters raised by this case are free to contact us for advice and guidance, via hello@simian-risk.com or on 0345 602 2418.