A scaffolding company  has been fined after scaffolding it had erected collapsed onto a neighbouring primary school.

Cardiff Magistrates’ Court heard that the company had erected scaffolding 7m high and 8m long at the gable end of a residential property in Penarth, Vale of Glamorgan. On 5 May 2017, the scaffold collapsed landing on a single storey roof above playground of a neighbouring school. 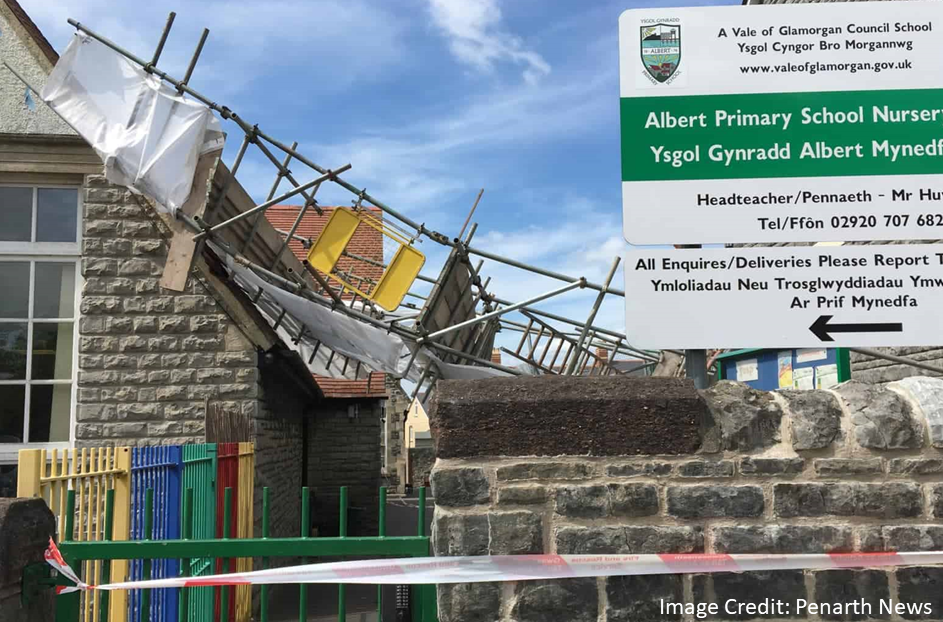 An investigation by the Health and Safety Executive (HSE) found the scaffolding was not designed or installed to withstand foreseeable loads. It was not tied to the adjacent building, nor did it have adequate buttressing or rakers and was essentially a freestanding structure. The investigation found that it was almost inevitable that the scaffolding would collapse, even in unremarkable weather conditions.

The company, based in Rhiwbina, Cardiff was found guilty of breaching Regulation 19(2) of the Construction Design and Management Regulations and was fined £24,000and ordered to pay £3452.50 in costs.

Speaking after the hearing, HSE inspector Gemma Pavey commented: “Failure to adequately design and install scaffolding, so that it can withstand foreseeable loads, creates risk to workers and members of the public who could be injured by an uncontrolled collapse.

“Companies should be aware that HSE will not hesitate to take appropriate enforcement action against those that fall below the required standards.”

Guidance on stabilising scaffolds is published by the National Access and Scaffolding Confederation (NASC) and can be found in section 7 of  the TG20:13 Operational Guide and further guidance, specifically on anchoring scaffolds to buildings, can be found in their publication, TG4:19, which can be downloaded here.