A Glasgow based scaffolding company has been fined after an employee fell eight metres to the ground when the cantilever section of an aluminium tower scaffolding that was being erected collapsed, causing severe injuries. 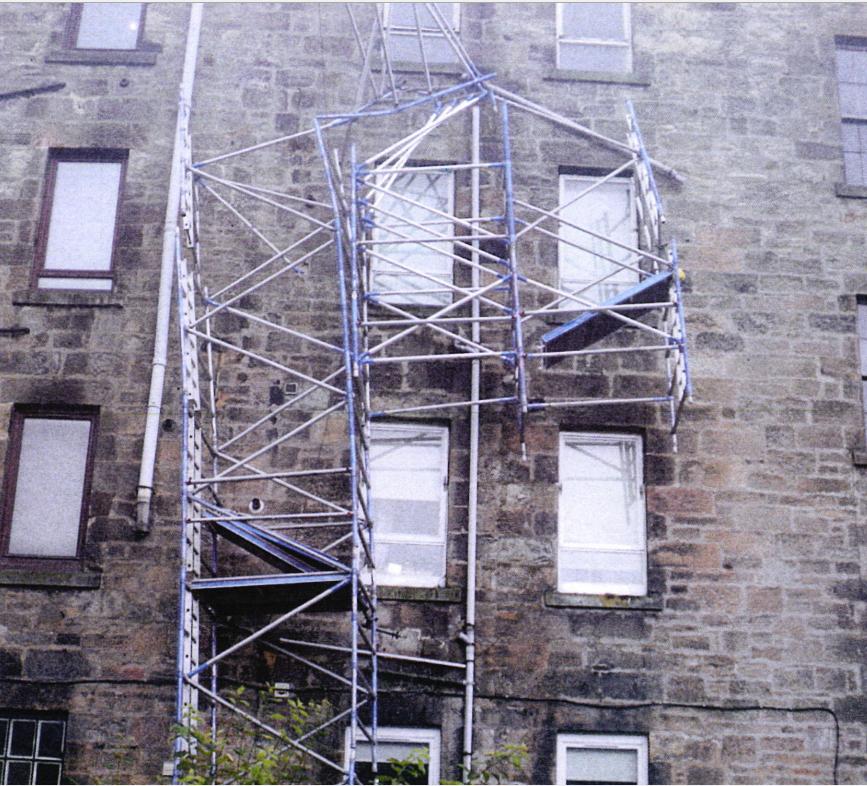 The incident, which occurred in September 2016, caused the worker, who was fitting a toe board to the attached cantilever section, to fall from height. Reports have stated that the worker was hospitalised for two weeks. His injuries included a collapsed lung, ruptured spleen and multiple fracturs. He was unable to attend work for five months following the incident, and will now be required to take antibiotics daily for the rest of his life.

The scaffolding company had been working on roof repairs at a four-storey property when the incident occurred. Following an investigation by the HSE, it was found that although a risk assessment and method statement had been carried out for the initial work, the eight-metre-high tower had been erected in the incorrect place, and therefore a cantilever section needed to be added, which had multiple safety issues.

Firstly, the cantilever section had no design and an insufficient number of anchor ties available on site. It was decided that to resolve this issue, the cantilever would be supported by splicing the frame of the scaffold. In addition to this, there was no ballast/ counterweight on the structure, meaning that the scaffolding tower could not adequately support the weight of the cantilever, causing it to collapse once the worker began to work.

After pleading guilty to breaching Section 2(1) of the Health and Safety at Work etc Act 1974, the scaffolding company was fined £5,000. Under normal circumstances this fine would have been £10k, it has been reduced due to the Coronavirus pandemic.

As with all system scaffolds, aluminium tower scaffolds should be built in accordance with the manufacturer’s recommendations, or they should be subject to bespoke design. More information on scaffolding design is available in our FREE scaffold design Toolbox Talk.

The not-for-profit scaffolding industry body, PASMA, which promotes the safe use of scaffolding towers, has commented on this prosecution. The immediate past Chairman of PASMA, Gillian Rutter, has said:

“Cantilever towers are a proven safe method of working but only when they are correctly designed and built. There is a PASMA Towers with Cantilevers training course that gives already experienced mobile access tower users the additional skills required to build these more complex tower scaffolds. However, even this training does not qualify a user to design a cantilever tower. Without question, that is the role of a qualified designer whose design plan must be followed on site without changes.”