A young mother was tragically killed recently, after she was struck by falling bricks whilst walking past a construction site in East London.

The pallet of bricks fell from a 100ft crane which was working on a private development site in Mile End on Tuesday 27th March 2018. 29-year-old Michaela Bloor, was struck by debris whilst she was on the school run. Onlookers have suggested that they had witnessed the pallet of bricks wobbling on the crane prior to the accident. 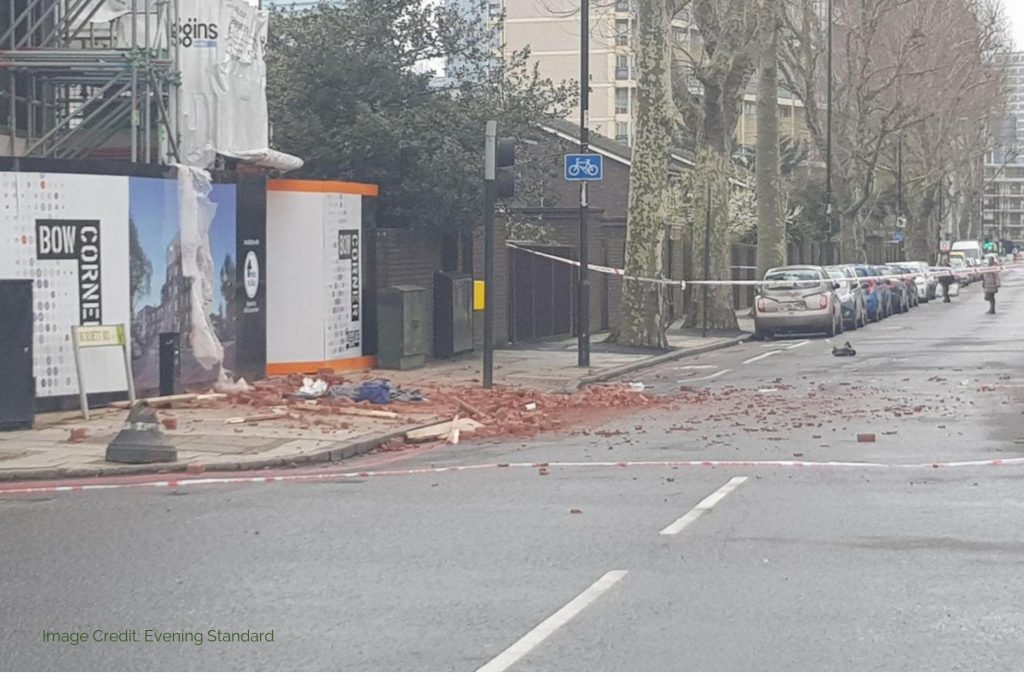 Members of the public worked tirelessly to administer first aid whilst awaiting paramedics to reach the scene, but the newly-engaged mother was ultimately rushed to hospital in a critical condition and sadly passed away two days later.

Whilst it is yet unclear exactly how the incident occurred, a thorough investigation by the Metropolitan Police and the Health & Safety Executive (HSE) is underway to find the cause. The chairman of the construction company in charge of the development has stated that he is also aiding police and HSE in the enquiries.

Employers of Michaela’s father have set up a crowdfunding page to raise money for the family which has so far raised over £10,000.

The Health and Safety Executive provides guidance on the management of construction activities with a public interface, in the form of HSG151 ‘Protecting the Public – Your Next Move’ and this is available for free download from HSE’s website.