Home > All News > Director Dave shows off his golfing skills

Our Safety Director Dave Randles has been enjoying some success on the green. When he isn’t busy at Simian he likes to get out on the golf course and has recently reached the national final of the Northern Matchplay Pairs. 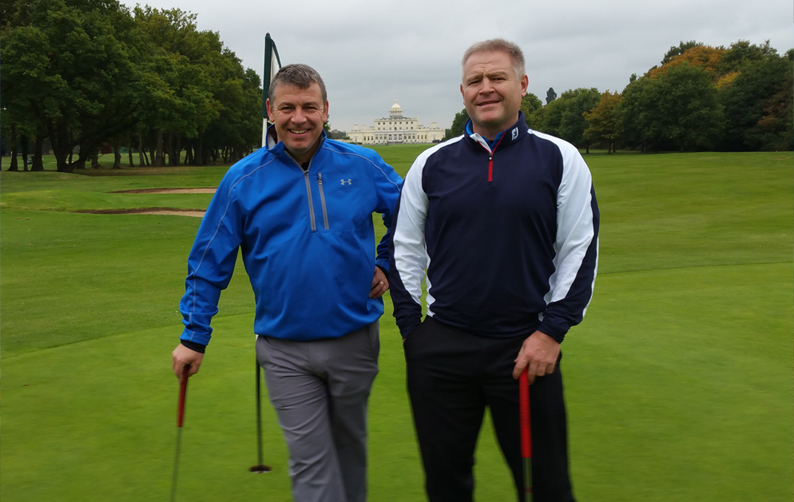 After winning through the regional knockout rounds along with his playing partner, Phil Gow, they reached the National finals at Woodhall Spa, Lincolnshire. In the semi-finals, they won the first game (effectively the national semi-finals) by a score of 2 & 1, but unfortunately lost the final in the afternoon by a score of 2 & 1.

The pair both currently play off seven and are members of Eaton Golf Club in Chester where they won the summer foursomes knockout.

They also recently lost out in the final of the Turkish Airlines Open Matchplay, but have qualified for the Northern Region Nike Matchplay Championship at Delamere Golf Club.

If they finish in the top three at Delamere the pair will qualify for the grand finals in Portugal in the New Year.

Dave has asked us to point out that he is always open to golf invitations and would love the opportunity to discuss client needs on the golf course!