Middlesex based steel fabrication company CMF has been fined more that £200,000 following a fatal accident in which a scaffolder was crushed by a falling concrete block.

The accident which happened four years ago in London resulted in the death of a 31 year old scaffolder who had recently embarked on a new career in scaffolding following a change of career due to the financial crisis. 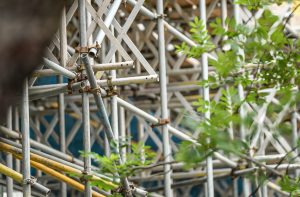 The incident occurred when the scaffolder was attempting to hoist a stair landing, the stair landing fell dragging him with it.

Following the accident an investigation by HSE found that the conditions on the site were unsafe.  There was no safe system of work in place for the installation of the staircases and that the contractor had failed to appropriately supervise this work activity.

A 2015 inquest into the death cited the 1.2 tonne stair landing had come loose after slipping from a rope. The momentum and angle of the fall meant it wasn’t possible for the deceased to get out of the way in time.

The company pleaded guilty at Southwark Crown Court to breaching the Health and Safety at Work Act 1974 and were ordered to pay a £185,000 fine and £20,606 in costs.

In a statement after the case, the HSE said that the incident could have been avoided if the lifting of the stair landings had been properly planned prior to the lift taking place.