Paul Howell of Complete Access (Scaffolding) Ltd has received yet another award. 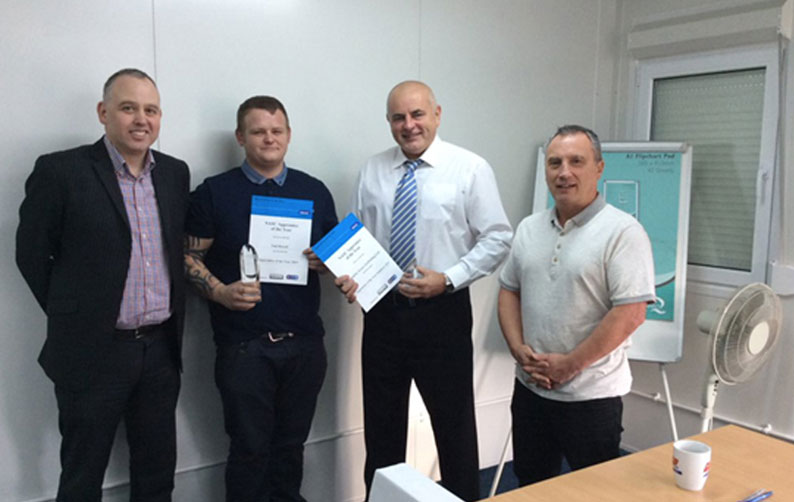 Paul was an apprentice on our scheme last year and really impressed our instructors during his time with us. We were so impressed with his commitment and his work ethic that we awarded him with our outstanding achiever award. Since then he’s gone on to make it a hat trick with the CITB’s Outstanding Apprentice Achievement of the Year for 2015 and more recently he was presented with the NASC’s Apprentice of the Year 2015 award and a £500 cash prize during a presentation ceremony carried out at his employer’s offices in West Yorkshire.

We’d like to congratulate Paul (again!). The award is well deserved and we look forward to following Paul’s career as we know what he is capable of! Well done Paul from all of us at Simian.