Around 200 people had to be evacuated from nearby buildings when part of a building collapsed in central London recently.  Scaffolding on four floors of what was originally a six-storey building collapsed resulting in dramatic scenes at the construction site in Holborn. 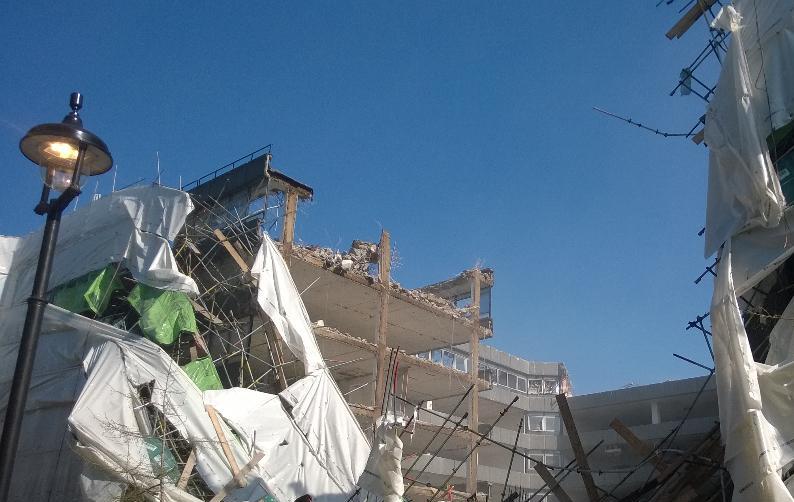 Firefighters were called along with the London Ambulance Service and the London Air Ambulance.  One man in his fifties was taken to hospital with head and hip injuries.   London Fire Brigade, the nearby London School of Economics and numerous passersby took to twitter to share dramatic images and videos of the scene and warn people to avoid the area. One of the many videos posted online is available here.

The exact cause of the collapse hasn’t been reported but the building was thought to be under demolishment at the time of the incident.  The Health and Safety Executive’s investigation is well underway.