A South Yorkshire-based Principal Contractor has been hit with a £160k fine, after a young boy from Cwmbran fell from scaffolding and suffered life-changing injuries. 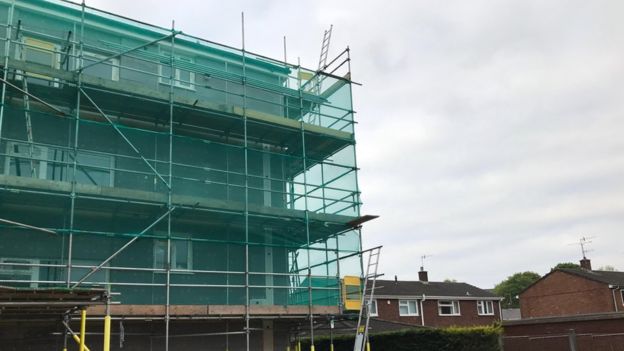 The firm, who describe themselves as a “national solid wall insulation, facades and general construction contractor,” pleaded  guilty to one charge under the Health and Safety at Work etc Act 1974, were also ordered to pay costs in excess of “£22k during their trial at Newport (Gwent) Magistrates Court.

As we reported here, Callum Crowley, then aged 12, was playing with a friend when he made his way up the scaffold, before suffering a fall from a height.

During the case, the Court heard from Prosecutor Alan Fuller, who said that Callum and a friend had managed to access the ladder after getting past a ladder guard. He went on to say, “It was surrounded by scaffolding but there was access from the ground. There was a ladder guard, but it was inadequate and only partly covered the ladder. They were able to get through the guard and climb the ladder by placing both feet either side of it.”

The case serves to highlight the importance of protecting the public, and particularly those that may be vulnerable and see construction sites as potential playgrounds. Whilst the ladder was fitted with a ladder guard, the Court ruled this to be inadequate, as it did not prevent the youngster from gaining access.

Regular readers of our site may remember that we have previously blogged on the HSE’s Guidelines to prevent unauthorised access onto scaffolding and this extends to taking the necessary measures to prevent such access. Typically, these measures include the use of fencing or removal of ladders, but in any event, the methods selected should be adequate and meet their intended purpose. The HSE’s full alert is available on their website.

Simian clients requiring advice on protecting members of the public from the dangers associated with construction activity, are free to contact us for advice on 0345 6022 418.