A London-based scaffolding business has been prosecuted, after one of their workers fell and suffered a fatal head injury.

As we reported here, on 16 February 2017, workers were in the process of dismantling the scaffold when it collapsed, causing one of the Scaffolders to fall at least five metres to the ground below. The worker was taken to hospital but died in early March 2017. 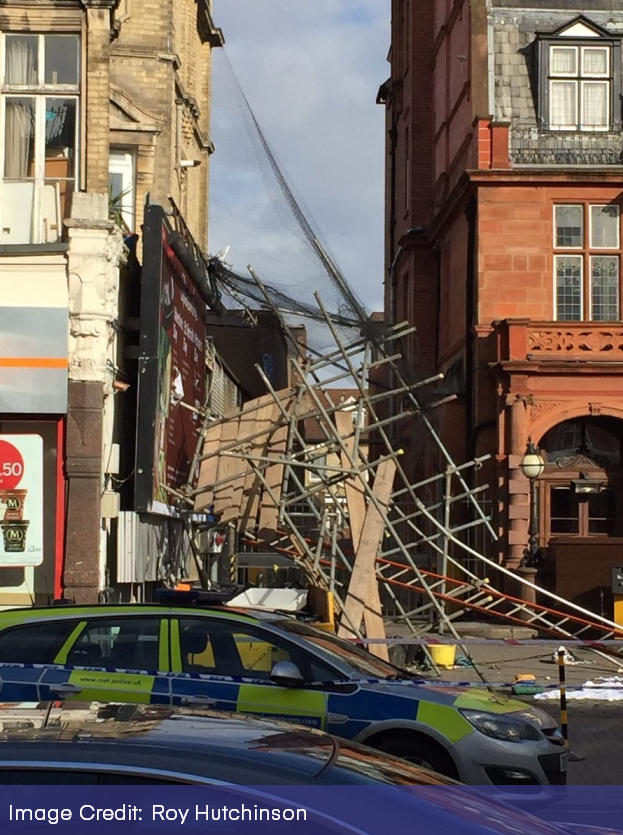 Southwark Crown Court heard that the company’s Director, Sean Chapple, had failed to carry out a suitable risk assessment, plan the work and provide a design for erection and dismantling of the scaffold and that Chapple was not knowledgeable about the measures required to do this without putting people at risk and therefore didn’t follow the correct measures to ensure safe erection and dismantling of the scaffold.

The firm pleaded guilty to breaching Regulation 3(3)(b) of the Work at Height Regulations 2005 and 8(b)ii; Section 33(1)(c) of the Health and Safety at work etc. Act 1974 (HASAWA) and was fined £7,860 and ordered to pay costs of £8,940. In terms of the Director’s personal prosecution, Chapple himself pleaded guilty to various charges under the Work at height Regulations 2005 and HASAWA.  He was fined £1,000, received a 12-week prison sentence, suspended for one year, and was ordered to pay costs of £11,000.

Speaking after the case, HSE inspector Saif Deen said: “This tragic incident led to the avoidable death of a young man. The case highlights the importance of following industry guidance in order to design and erect scaffolding in a safe manner, to prevent risk to workers using the scaffold. The death could have been prevented had the employer acted to identify and manage the risks involved, and to put a safe system of work in place.”

SIMIAN customers requiring advice on safe planning on work at height or any other scaffolding safety matter are free to contact us via hello@simian-risk.com or on 0345 6022 418.