Simian are advocates of ‘sensible health and safety’. That is to say, we openly champion risk-based decisions forming the basis of what is and is not acceptable in terms of health and safety. 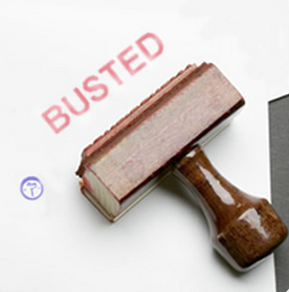 The Independent newspaper has bucked the media trend for slamming all things health and safety and painting those working in the industry as a gang of killjoy fuddy-duddies whose sole aim in life is make things more difficult and less enjoyable. This editorial features Health & Safety Executive Chair, Judith Hackett, and allows her the platform to outline the significant efforts that have gone into debunking the myths that are often mischievously perpetuated by the UK press, in this insightful and refreshing interview.

It is two years since the HSE set up their ‘mythbusting panel’ – a group of individuals who set out to challenge disproportionate or erroneous decisions, made in the name of health and safety – and to win back the sensible middle-ground. It is very often the case that these headline-grabbing stories run on the back of decisions that are made by those with little or no health and safety knowledge and that they are the result of risk aversion and the fear of litigation.

The first myth ‘busted’ by the HSE was in April 2012, and related to a local Parish Council banning a swing from an allotment ‘for health and safety reasons’, and, quite rightly, the panel judged that there were no health and safety grounds on which this decision was made. Fast forward almost 3 years to December 2014 and case number 342, in which an individual was told she could not smoke at a City Centre Christmas lights switch-on, again, ‘for health and safety reasons’. The panel moved to dispel this ‘myth’ on the basis that there are no workplace-related health & safety risks associated with smoking in an outdoor public area.

Other cases range from the ridiculous to the bizarre – such as the Scottish council that banned a dog training club, which had run for 60 years, because of allergy fears; or the Gloucester school that stopped a schoolgirl from wearing home-made frilly socks to school because, it said, they were “a trip hazard”. Both these decisions bear no relation whatsoever to a sensible approach, but they are being made and serve no purpose other than to damage perception of health and safety an undo much of the good health and safety work that seems to go under the radar.

There are, of course, a whole raft of health & safety requirements that are enshrined in UK legislation, the overwhelming majority of which is entirely credible and serves the purpose of ensuring minimum health and safety standards are maintained for the UK’s workforce. It’s often surprising that certain elements of industry (and even workers – the very people these laws were created to protect!) that seem hell bent on fighting these requirements, by ‘doing their own thing’ and paying scant regard for the safety of their workers, themselves and members of the public.

As Ms Hackett points out, the UK was the first country to build an Olympic Stadium and Park without a single workplace fatality – this is surely testimony to the fact that the UK laws that seem to be the brunt of so much media ridicule, do much good and deserve far more respect than they actually get from some quarters.

So – next time you read a ‘Bonkers Conkers – playground fun banned ‘for health and safety reasons’, headline – treat it with a pinch of salt. Chances are the decision was made by an ill-informed, but well-meaning individual who has no real understanding of what health & safety is all about.

The HSE’s mythbusting microsite makes for some fun, if at times disturbing, bedtime reading – you’ll find it here.