As many will know, our MD, Simon Hughes, is a very keen cyclist, often riding an 80-mile return trip from his North Wales home to Simian’s Warrington HQ. His weekends are also geared towards cycling and he’s often found wheeling the highways and byways of North West Wales as a fully paid up member of the Graham Weigh Cycling Club.

That keenness to cycle has just gone up a level, with Simon and his pal, Ian Doughty, taking on the mammoth task riding from Land’s End to John O’Groats in just nine days, in memory of their late friend and fellow cyclist, Gareth Roberts, who tragically died suddenly from a previously undiagnosed heart condition. The pair are riding to raise funds for CRY (Cardiac Risk in the Young), a charity that is dedicated to preventing cardiac-related death in the young and to supporting the families of those that are affected. 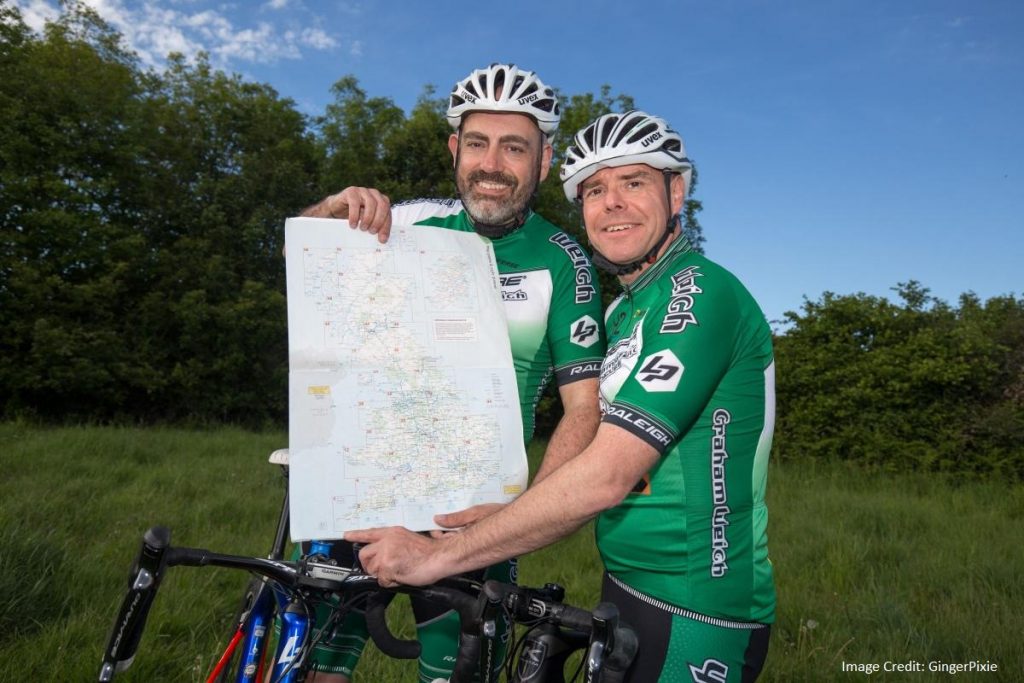 Speaking about the challenge, before starting leg one of the trek, from Land’s End to Okehampton, Simon said, “Riding the LEJOG (Land’s End to John O’Groats) has always been on my bucket list and to get the opportunity to do so and raise funds for such a worthwhile cause was an opportunity I did not want to miss. Gareth was a genuinely lovely man, who dedicated his life to helping others as a paramedic and so Ian and I decided we wanted to try to give a little bit back.”

Ian Doughty added, “Every week in the UK at least 12 previously fit and healthy young people die of undiagnosed cardiac conditions. With any donations we receive, CRY can reduce the frequency of young sudden cardiac death (YSCD) by working with cardiologists and family doctors to establish good practice and appropriate screening facilities to promote and protect the cardiac health of our young. We are meeting all costs associated with the challenge ourselves, so you can be confident that every penny raised will go directly to support the brilliant work of Cardiac Risk in the Young.”

The route, which will concentrate on the western side of the UK, will see the pair climb a total of 46,850 feet (the equivalent of climbing Mount Everest 1.5 times!) and as many as 116 miles in a single day!