The team at SIMIAN have recently supported budding Scaffolder Todd Scanlon, as he works towards his Construction Operatives’ Training Scheme card. (COTS).

As a prospective scaffolder with down syndrome, traditional training routes were not the ideal solution for Todd, and therefore he and his employer, Coles Scaffolding Contractors Limited, sought to find a provider who could facilitate his training needs. 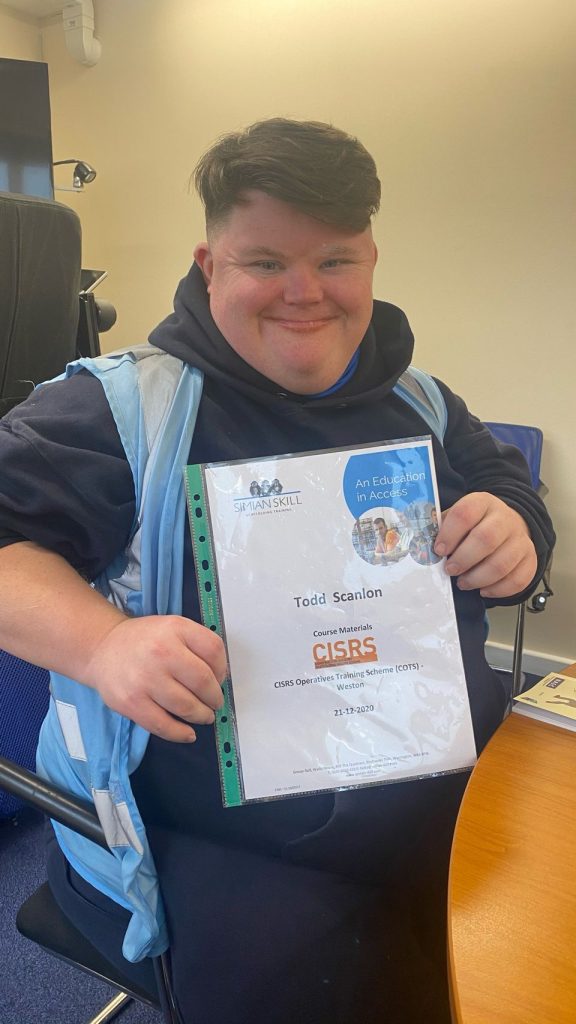 Director of Coles Scaffolding Contractors, Martyn, approached SIMIAN and together we created a plan that would allow Todd to realise his dream career as a scaffolder.

Conventional classroom training was not suitable for Todd due to his nervousness amongst groups; therefore, a one-on-one approach was taken instead to ensure he could showcase his capabilities; one of SIMIAN’s expert trainers joined Todd and Martyn for the day to carry this out. 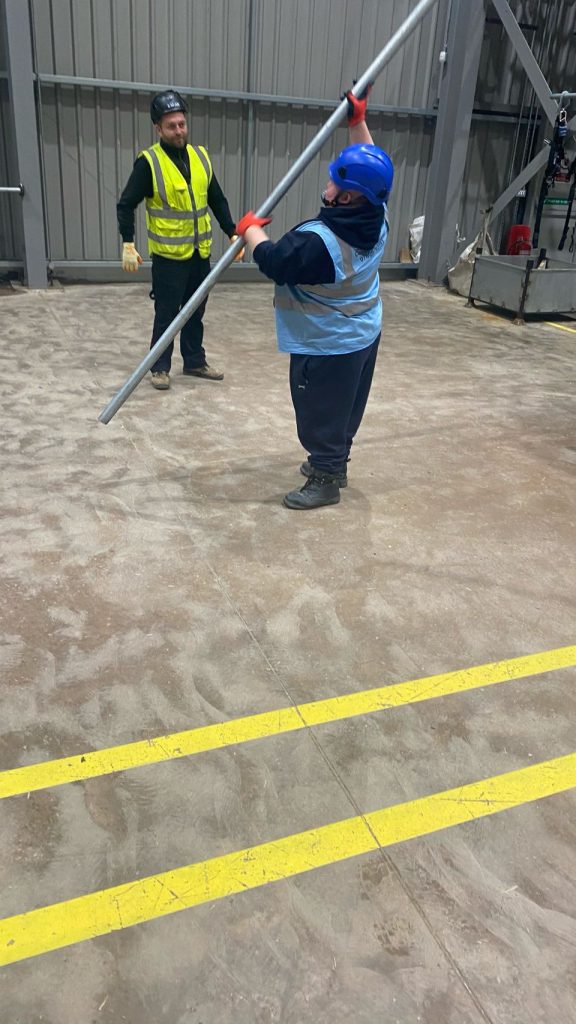 Todd passed all physical aspects of his COTs course with flying colours. This included manual handling, as well as techniques required for lifting equipment using a rope and wheel.

Whilst Todd’s course has yet to be fully completed due to the COVID-19 pandemic, as a chaperone was unable to attend the centre with him to support in the completion of the computer element of the course, he has received a temporary Scaffolders’ Assistant card to reflect his achievements so far. Once we are able to book this in, Todd will be able to attend one of our other centres to complete his training and receive his Scaffolding Labourer card. 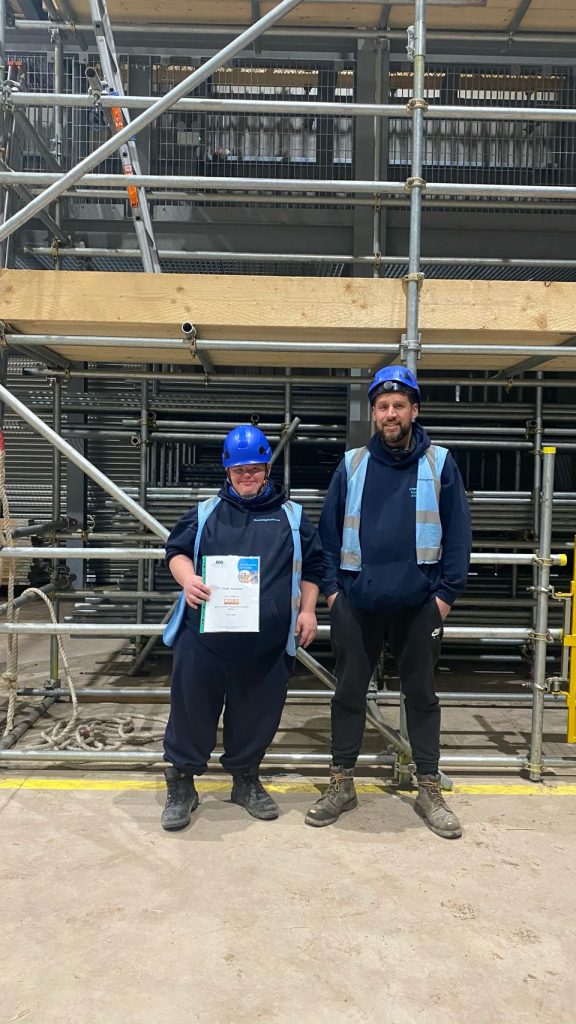 “Traditional approaches to training are not always suitable for everyone, and Todd was a great example of how considering individual needs can have the biggest impact.

Martyn and I had several conversations about what would be most effective for Todd, and we decided that a one-to-one instructor/learner approach would work best.

Todd was confident throughout the course and clearly demonstrated that he has all of the practical attributes to make a mark on the scaffolding industry, so naturally, we’re all delighted for both him and Martyn, who has worked tirelessly to get Todd the recognition he deserves.

It’s great to see that Todd has recently won Achiever of the Year at the Constructing Excellence South West (CESW) Awards and the team are proud of the very small part they have played in supporting him on his fantastic journey.”